When the Goddess Calls, I Come 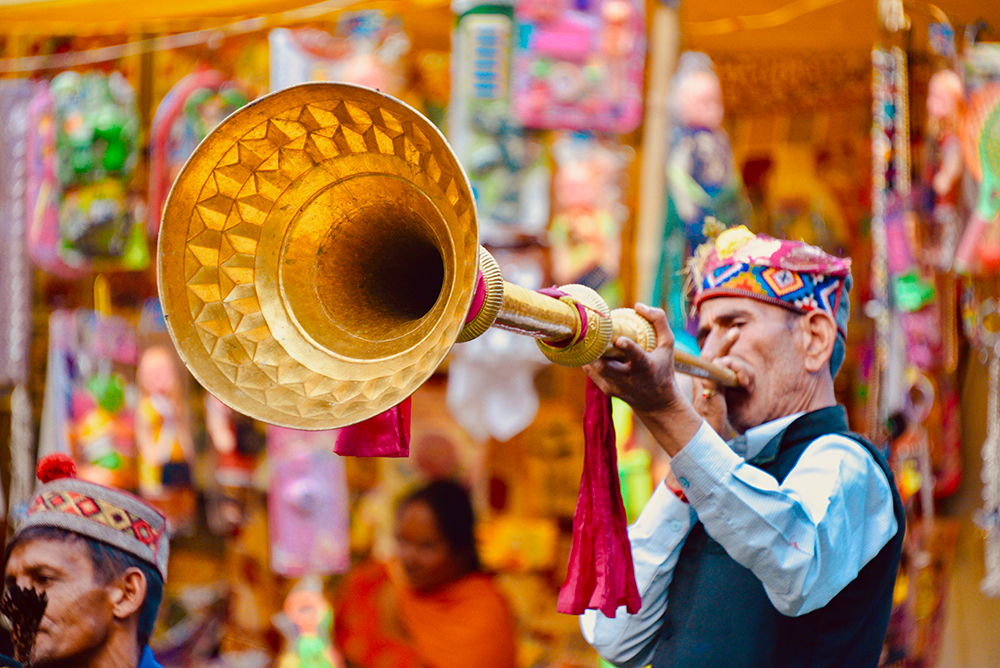 When the Goddess Calls, I Come - Photographer Kate Holland

In the artist's words: "In the remote villages of the Kullu Valley, ancient spiritual traditions still abound in everyday life. Here, a local village elder loudly blows an ancient, large brass horn, signaling to the gods. Meanwhile, young men, bedecked in marigold caps and elaborate costume, sang folk songs and performed traditional line dances known locally as naati until the sun set. This festival, occurring in the village square, involves multiple days of events all which mark the interactions of the mahadevis, or great goddesses, and the rishis, or sages.

On this particular day, the locals celebrated Parashara Rishi, a great sage who was the author of the first Purana, an ancient Hindu text. Adorning the man's traditional topi hat is a brightly colored ribbon with patterns that hearken the designs of Shiva temples and hold offerings given from the goddesses and rishis themselves. These offerings are obtained by local villagers upon consulting the goddess and asking for advice via a rice oracle or shaman during such festivals. While conducting anthropological fieldwork in the region, I was privileged to be able to witness and learn about such practices and partake in these auspicious celebrations."