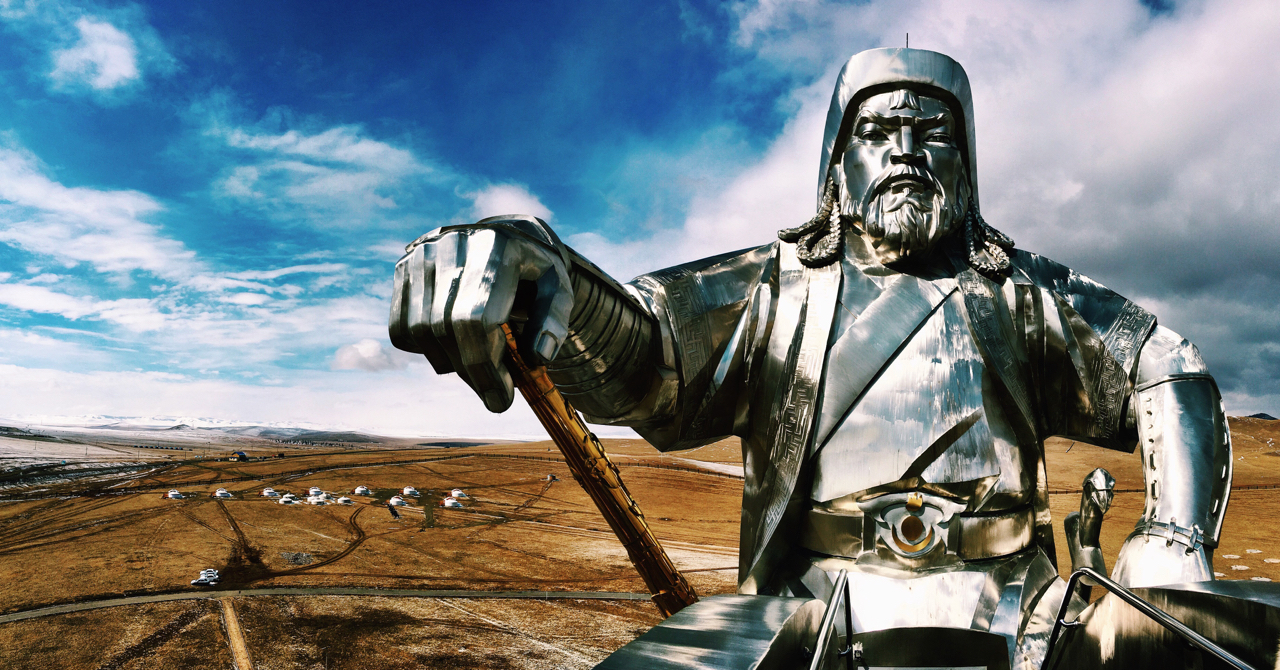 In the artist’s own words: “On the outskirts of, Ulaanbaatar, lies the Genghis Khan Statue Complex. At 130 feet, this stainless steel statue of the 13th Century head of the Mongol Empire stands tall and mighty above the lands where modern Mongols live today. In the distance is a village of tent-like homes of the native peoples, Mongolian Gers. Although physically and spiritually removed from the Western World, one can not go far without feeling the presence of the once Great Kahn.”