Wonder for the Outside World 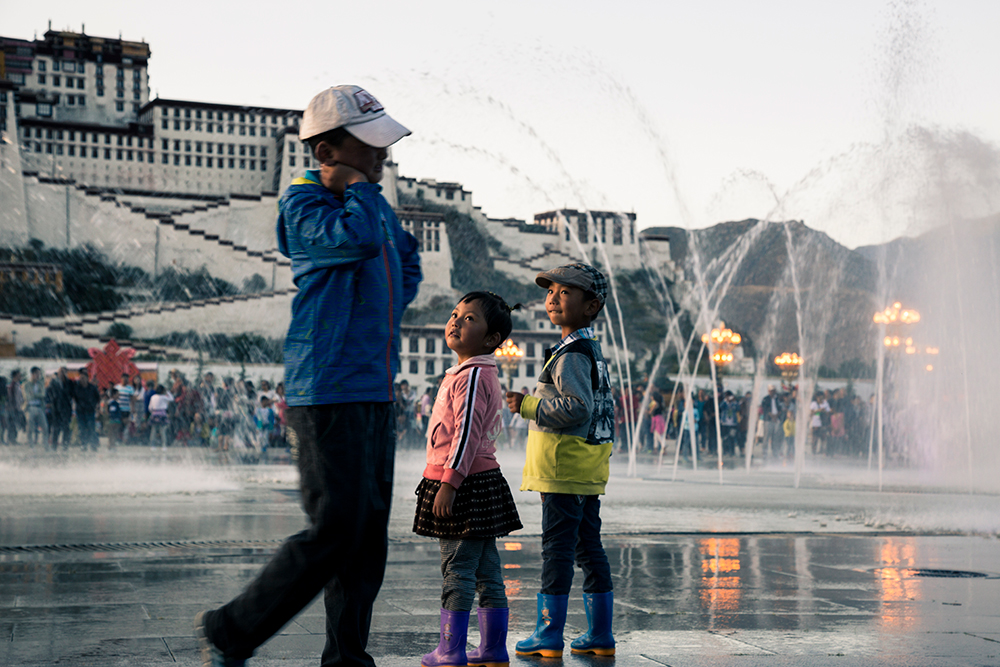 Wonder for the Outside World - Photographer KK Yang

"The picture was taken in Tibet, a mysterious, undeveloped and relatively poor city in the western part of China. The city was not developed until these few years the government is trying to develop tourism. The construction in the background is the famous Potala Palace. There were a lot of kids from metropolises and local country kids running and playing on the plaza during the fountain performance. The taller boy in the image was from a metropolis, dressed well with new technology gadgets, while the younger kids were local. They looked at the city boy with eyes of wonder, as if they were hoping for chances to explore new things in big cities. I was touched by their eyes of wonder and was hoping that they could complete their dreams one day. Even it has been years from now, I still cannot forget their eyes."