Creativity in the moment 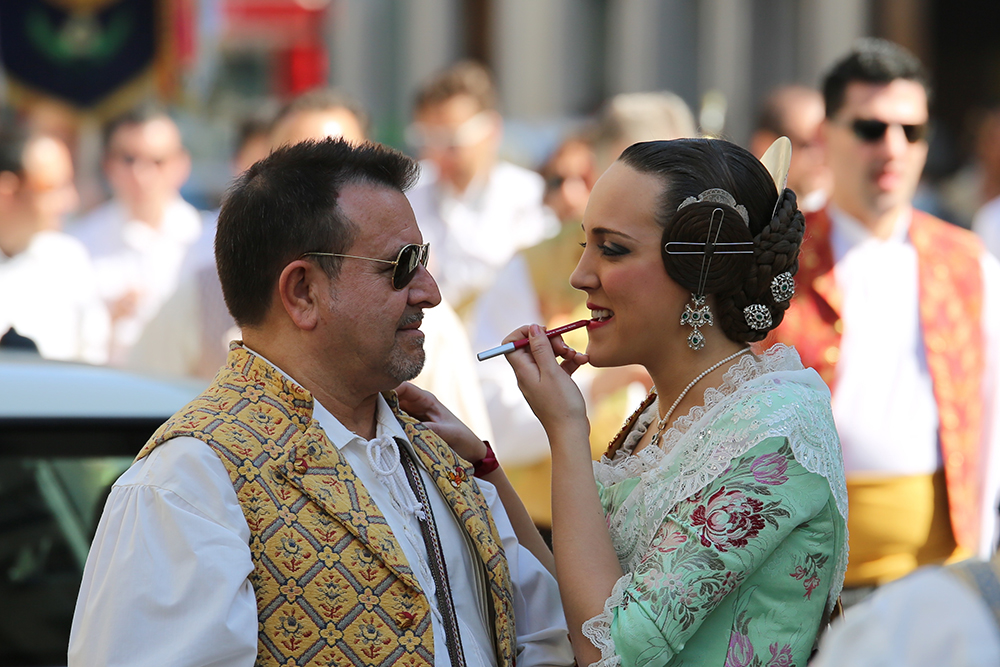 In the artist's words: "During the month of March, Valencia Spain is host to Fallas. Each neighborhood in Valencia has a Fallero/a Mayor as well as a court. They are the faces of the neighborhood during the year leading up to the culminating event on March 19th. I took this image during a parade in which each neighborhood walks to the Plaza de la Virgen. The march is long and tiring but filled with emotions and traditions. This candid moment represents to me that we as humans are complex yet simple. A Fallera uses a Fallero's sunglasses to reapply her lipstick after eating as she marched to represent her neighborhood."