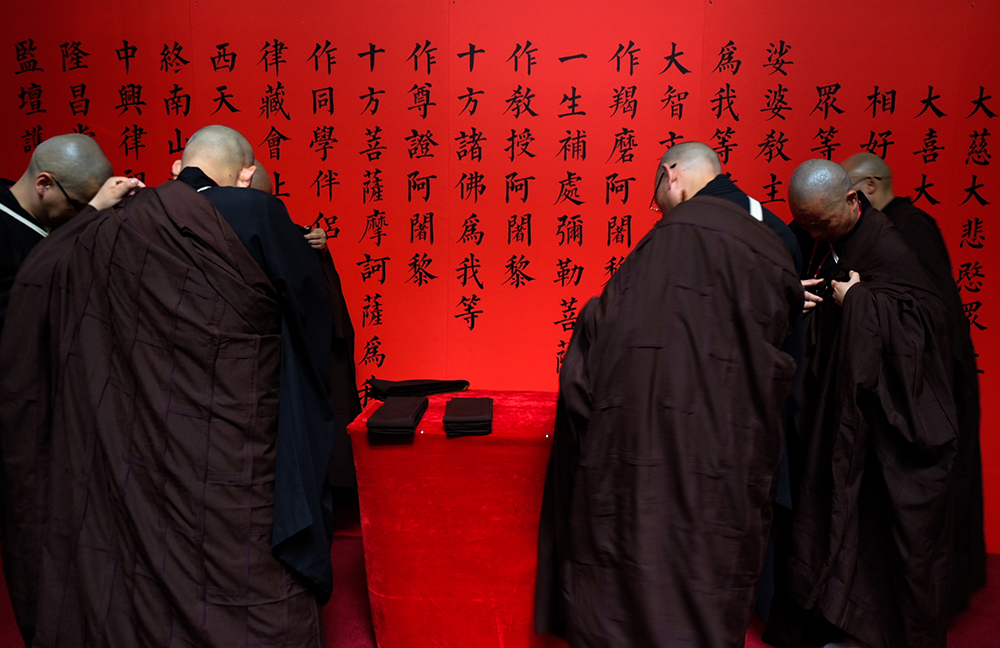 "When I visited Lingyin Temple in Hangzhou, the resident monks were celebrating Vesak, a Buddhist holiday commemorating Buddha's birthday. Chants filled the air as prayers were continually uttered throughout the day, and after asking permission to photograph, I captured a committee prayer led by monks before a stage of celebration."