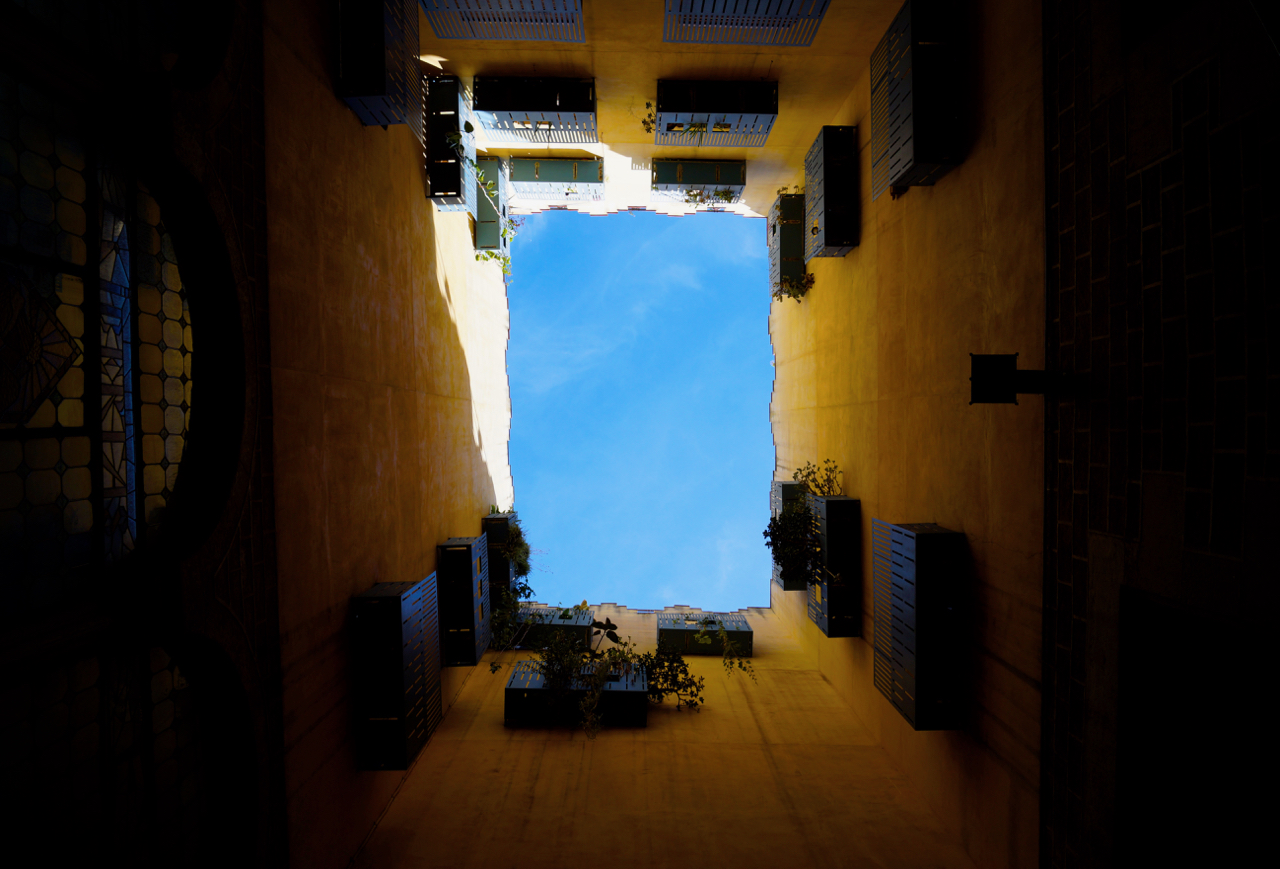 In the artist’s own words: “With unrest between the Spanish and Catalonian political powers regarding the Catalonia vote for independence; and, the violent civilian-police clashes within the Barcelona’s city center, its good to remember that there are still peaceful parts of the old town, tucked into yellow courtyards. Just remember to fight for what you believe in and look up.”