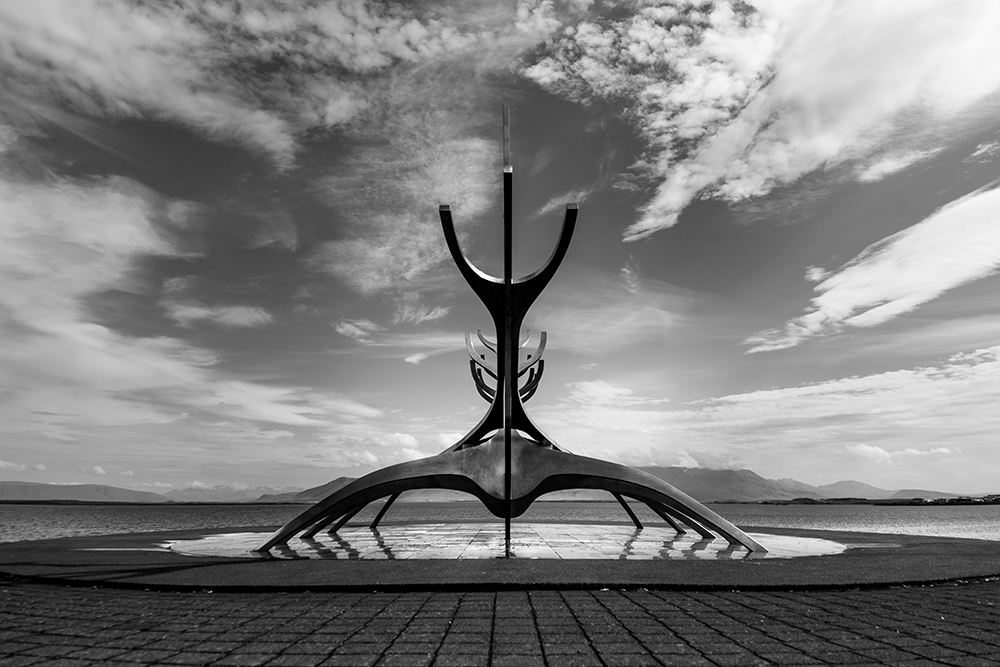 "The Sun Voyager, or Solfar, sculpture sits right on the water, across the bay from Mt. Esja, in the capital city of Iceland and was designed as part of a contest that was celebrating the capital's 200th anniversary. Although it looks like it is depicting a viking long boat, which would make sense in Iceland, the original designer, Jon Gunnar Arnason, created the sculpture to be a dream boat and an ode to the sun. "It holds the promise of hope, progress, and freedom." To be perfectly honest, I didn't know any of this until after I had already returned home from Iceland. Like most people, I just took my picture and moved on with my life. It's something I tend to regret after I travel places. I get caught up in just seeing things like this and I don't spend time appreciating the culture and the stories behind landmarks. One of the reasons I submitted this photo was because I probably would have appreciated this sculpture more while I was there if I had actually taken the time to find out about the story behind this art piece, and I'll take it as a reminder to be more mindful when I'm taking pictures of something that is culturally significant to someone else."