A Seagull Lands on the Maiden with the Seagull 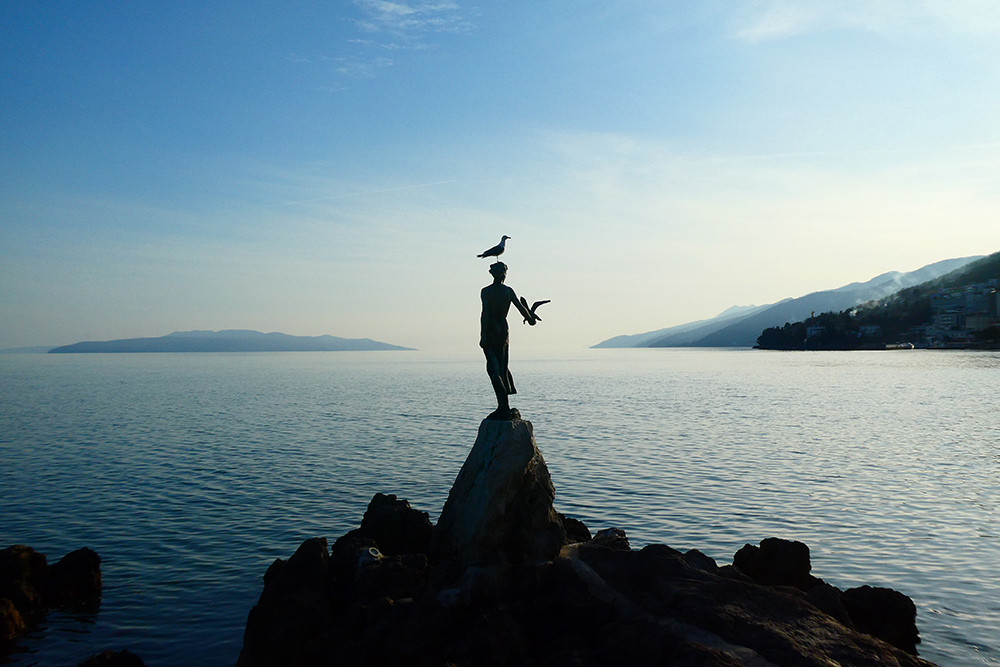 "The Croatian coast is known for its beauty. In a small town called Opatija on the Istria peninsula and overlooking the Rijeka Bay is a statue known as the Maiden with the Seagull, who holds a seagull in her right hand. No one knows who the Maiden is supposed to be. I took many pictures of the statue as the sun began to set over the Adriatic Sea. But as I approached from the back, a real-life seagull decided to land on her head. I took this photo while on a multi-country Fulbright, in which I spent 5 weeks in Croatia, 4 weeks in Paris, and 3 months in Portugal. This picture is my favorite among literally thousands of pictures that I took. The timing of the seagull landing on her head with the background was just so perfect to me. And I was all alone journeying along the coast, a first for me in a foreign country, but the photo is meaningful to me as a reflection of that journey."