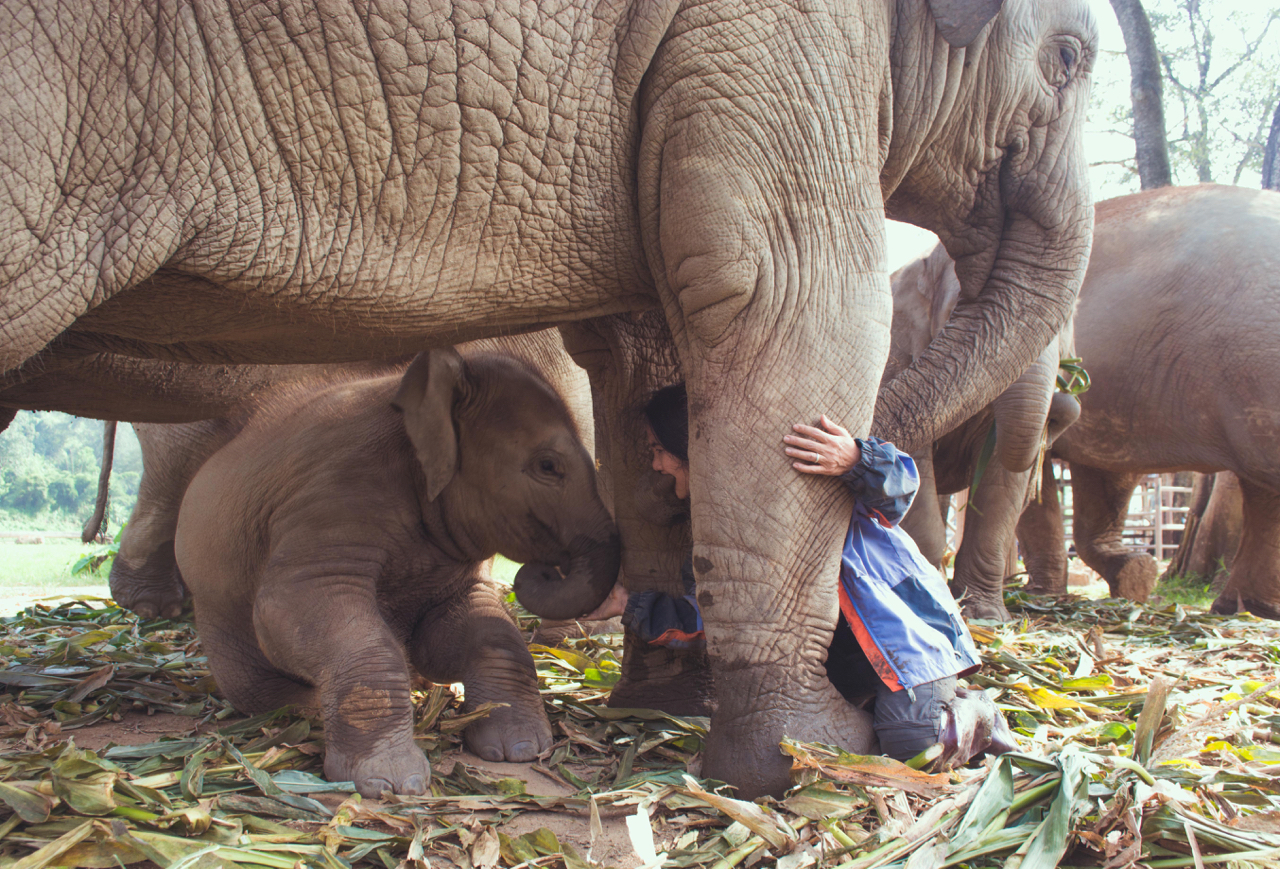 In the artist’s own words: "Known as the “Elephant Whisperer” Lek Chailert is the founder of Elephant Nature Park. Lek softly serenades a 3 month old elephant, right underneath the baby’s protective nanny. The nanny knows and trusts Lek, and doesn’t let just anyone get this close to the baby. However, after the second verse of Que Sera Sera, the nanny reaches down with her trunk, not to push Lek away, but to cover Lek’s mouth, gently and comically urging Lek to stop singing."