A 2022 look at Gandhi, his thinking and his critics 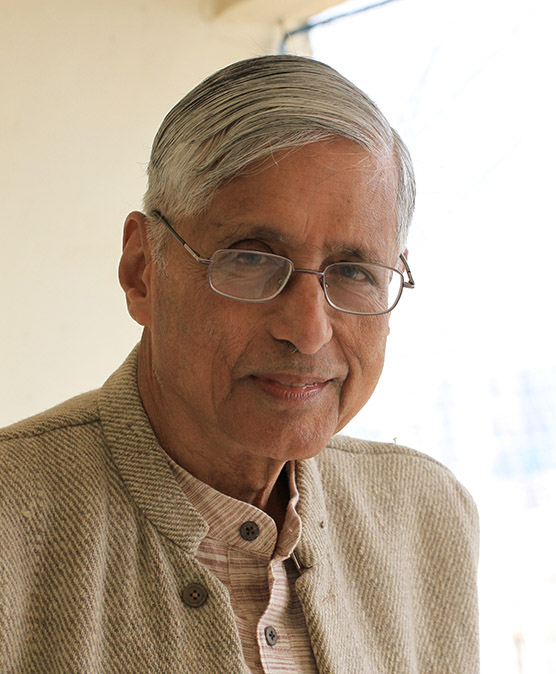 Rajmohan Gandhi, the grandson of Mahatma Gandhi, will present "A 2022 Look at Gandhi, His Thinking, and His Critics," on Wednesday, September 7 at 2 p.m. in the Round Meeting Room at the Ohio Union.

The 75th anniversary of India's independence, which occurred on August 15, is an apt moment to look at what Mohandas Karamchand Gandhi means to the world today. In 2019, the world and India marked the 150th anniversary of Gandhi’s birth with a sense of amazement at his impact, but also with some criticism. This lecture will seek to examine the springs of Gandhi’s life, the core of his message, and the message of his major critics.

Attendees will be able to purchase Rajmohan Gandhi's book, "Gandhi: The Man, His People and The Empire," for $15, while supplies last (cash and check purchases only). Rajmohan Gandhi will autograph books purchased on site. All proceeds are earmarked for the Gandhi Memorial Society.

Before teaching at the University of Illinois, he served as Research Professor with the New Delhi think-tank, Centre for Policy Research. From 1985 to 1987, he edited the daily Indian Express in Chennai, South India.

His biography of his grandfather Mahatma Gandhi received the Indian History Congress’ Biennial Award in 2007. Earlier, in 2002, he received the Sahitya Akademi Award for his Rajaji: A Life, a biography of Chakravarti Rajagopalachari.

In December 2017, Rajmohan Gandhi served as president, Contemporary History, at the 78th session in Kolkata of the Indian History Congress. In the early 1990s, Rajmohan Gandhi was an elected member of the Rajya Sabha, the upper house of the Indian Parliament. In January 1990, he led India’s delegation to the U.N. Human Rights Commission in Geneva, Switzerland. He is a recipient of honorary doctorates from Michigan State University (2016), Guru Nanak Dev University, Amritsar (2014), Liverpool Hope University, UK (2010), University of Calgary, Canada (1997), and Obirin University, Tokyo (1997).

During the 1975-77 Emergency in India, he was active for democratic rights personally and through the weekly journal Himmat, published in Bombay from 1964 to 1981, of which he was chief editor.

This lecture is brought to you with the support of the Office of International Affairs and the Gandhi Memorial Society.

If you require an accommodation such as live captioning or interpretation to participate in this event, please contact Kaitlyn Witsaman. Requests made one week in advance of the event will generally allow us to provide seamless access, but the university will make every effort to meet requests made after this date.