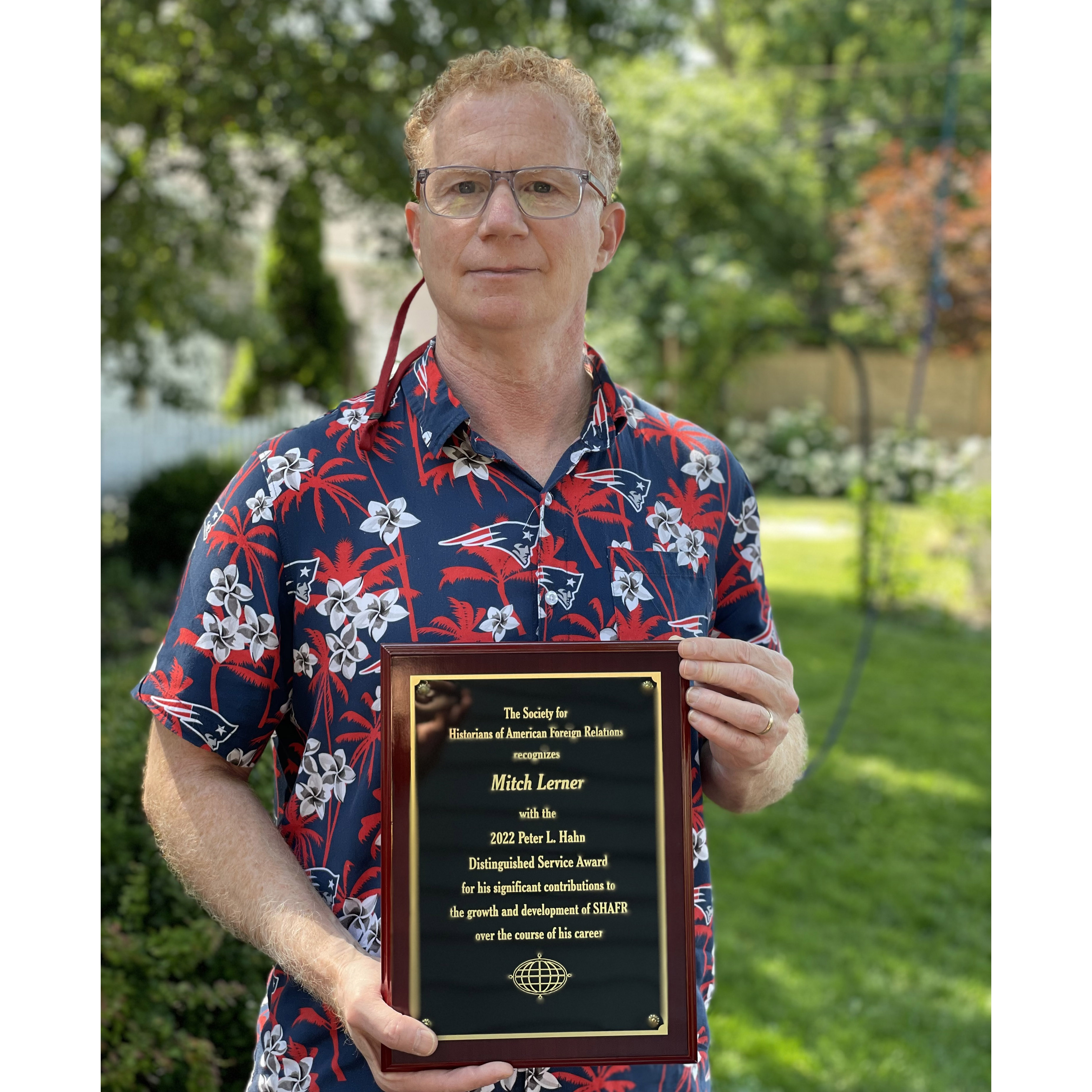 Mitch Lerner, director of the East Asian Studies Center and professor of history, has been recognized with the 2022 Peter L. Hahn award for distinguished service by the Society for Historians of American Foreign Relations (SHAFR). The award is annually presented to a senior historian who has provided significant contributions to the growth and development of SHARF over the course of their career.

Lerner has been an active SHAFR member for almost three decades. His years of service have included election to both the SHAFR governing council and the nominating committee, which he chaired in 2020. He has also directed the SHAFR Summer Institute for advanced graduate students and junior faculty, and served on SHAFR’s teaching committee. Most notably, he was the founding editor of Passport: The Society for Historians of American Foreign Relations, which he directed for almost a decade.

A distinguished scholar at Ohio State, Learner's research and teaching focuses on modern American diplomatic and political history during the Cold War, with an emphasis on U.S.-Korean relations. His areas of expertise include U.S. history since 1877; diplomatic history; East Asian history; and human conflict, peace and diplomacy.