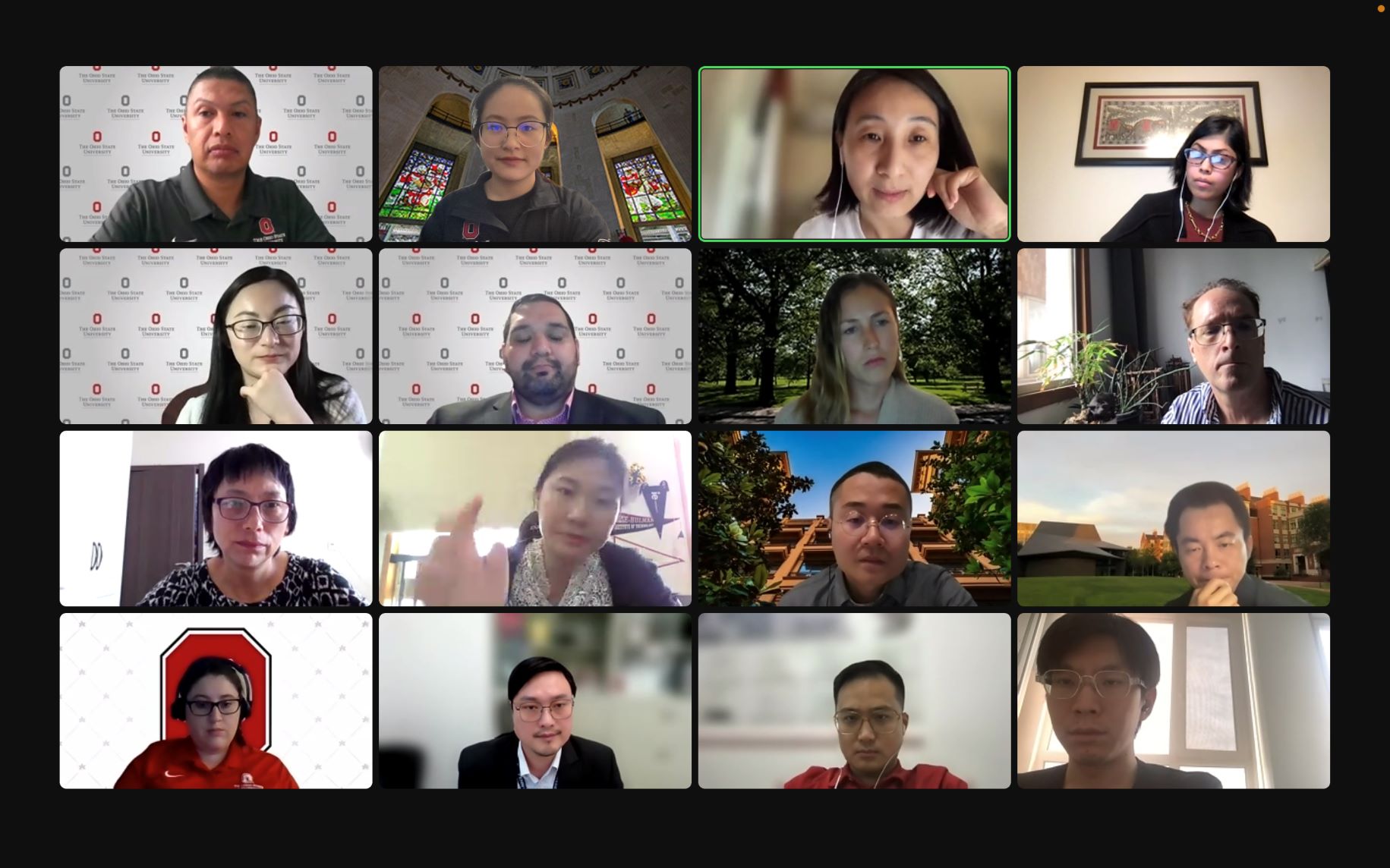 Identifying ways in which Ohio State can best facilitate a student’s transition from high school to college and through graduation is the goal of the newly formed High School Counselor Advisory Board in China. In partnership with the Office of Student Academic Success, the China Gateway appointed members to the inaugural advisory board, which held its first meeting on May 24. The board consists of nine experienced high school counselors from cities across China including, Beijing, Shanghai, Ningbo, Ji’nan and Wuhan. During the two-year term, the board will meet virtually every quarter and in person every year. At the end of their second-year term, the board will visit Columbus for an immersion experience to gain a better understanding of Ohio State and the city.