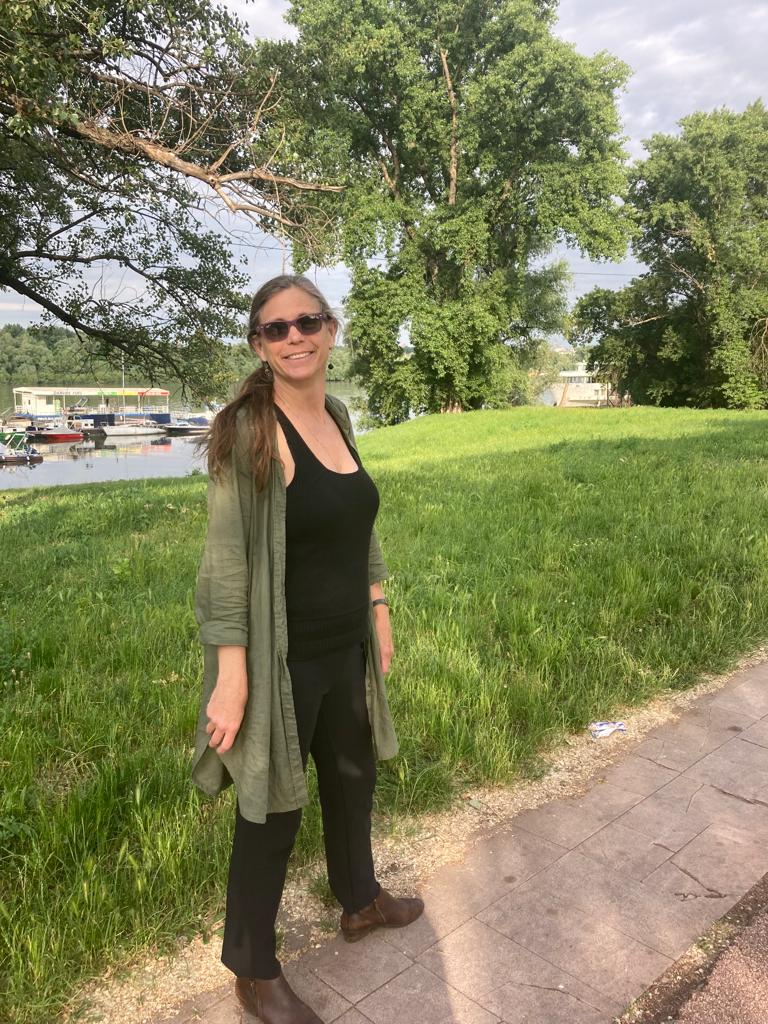 Angela Brintlinger, director of the Serbian Educational Alliance (SEA) project as well as the Center for Slavic, East European and Eurasian Studies (CSEEES), travelled to Serbia for a week in late May to meet with the University of Belgrade Political Science faculty on the SEA team as well as officials at the U.S. Embassy in Belgrade. The SEA project is a university partnership between CSEEES and the Faculty of Political Science at the University of Belgrade, funded through the Embassy by the U.S. Department of State.

Upon arrival, Brintlinger gave a talk at the Faculty of Political Science at the University of Belgrade entitled “Food and Patriotism in Russia from Domostroi to Viazemsky: The Case of Kvas.” A literary scholar, Brintlinger has become more interested in the historical and political ramifications of the representation of food and drink, particularly in light of rising nationalism across Europe and in the U.S. About 25 students, faculty, and other guests, including U.S. Embassy officials, enjoyed drinking kvas (a traditional Russian bread-based beverage, lightly fermented) while listening to the talk.

Brintlinger had been invited to give a keynote speech at the “SOFT POWER OF THE BALKANS SCREENS” Conference by professor Nevena Dakovic at the Department of Theory and History, Faculty of Dramatic Arts, University of Arts, Belgrade. Her talk, #WAR#MEMORY#FILM AS SOFT POWER: THE CASE OF SERGEI LOZNITSA, looked at the work of Ukrainian director Loznitsa as exemplary of the connection between journalism, documentary writing and film, and fiction or feature films, and of the way in which the memory of twentieth century events such as World War II shapes national identity across the world today.