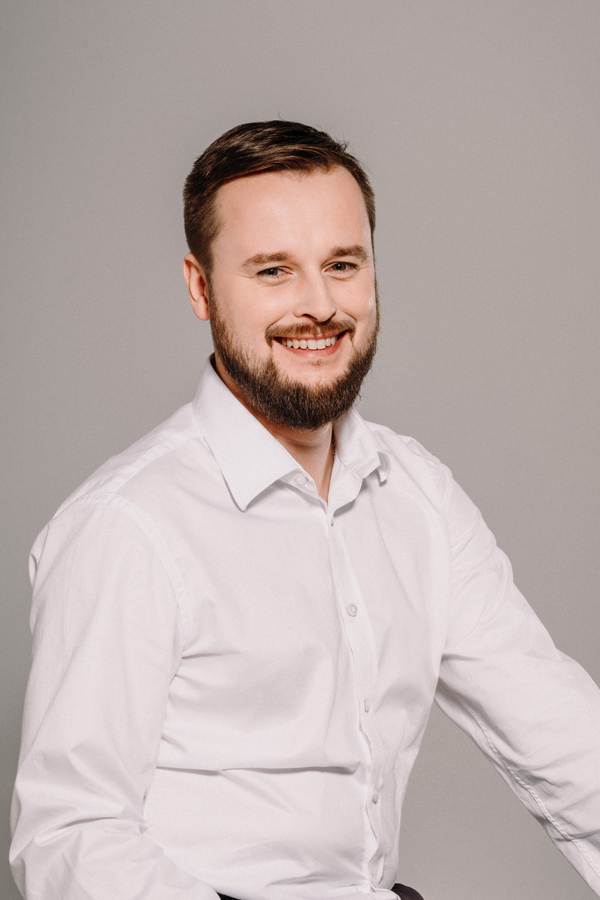 Jaroslaw Szczepański, a visiting Fulbright Slavic Award recipient from Poland’s University of Warsaw, has joined the Department of Slavic and East European Languages and Cultures for the Fall 2021 semester. Szczepański, an assistant professor with the Faculty of Political Science and International Studies at the University of Warsaw, is a doctor of Law (JD) and habilitated doctor of Political Science (DSc). During his stay at Ohio State, Szczepański instructs Slavic 5194: “Poland and the EU,” a course that examines Poland and the European Union’s history, law, politics and mutual cultural influences. Szczepański will also conduct research in the field of political theory and philosophy.

Ohio State is one of only three universities in the United States to establish a collaboration with the Polish-U.S. Fulbright Commission to host a visiting Fulbright Slavic scholar annually. The Polish Fulbright Commission values Ohio State's interest in Poland, with reference to the university’s internationally recognized Center for Slavic, East European and Eurasian Studies and the longstanding commitment to the region by the Department of Slavic and East European Languages and Cultures. Szczepański is the inaugural Polish Fulbright scholar at Ohio State.

While in residence in Columbus, Szczepański aims to present and discuss his research with the political science community at Ohio State. His work on refining the theoretical model of the political spectrum will classify ideologies (or doctrines) and translate the process of establishing different left-right axes in various parts of the Western world. This model will allow neutral descriptions of the observable political spectrum.

The issue of corporate presence and the resulting disconnection of liberal ideas in the free-market also interests Szczepański, especially when considering the great disadvantages a natural person has when competing against corporations. He plans to research this phenomenon while in the U.S. as well.

In his course, Szczepański takes his students through the history of the European Union, beginning with the integration of communities and countries in Europe, an idea that was proposed by Poland in 19th century. Currently, students are learning about modern Polish history from the 17th century to the present, walking through Poland’s liberal democratic foundations, reclaimed lands and changing borders, Soviet influences and other major political and cultural movements. Szczepański plans to explore Poland and the European Union’s political systems and current affairs with students and hopes they will come away from the course with a deeper understanding of Poland’s place in the heart of Europe.

Joe Ernst, a graduate student in “Poland and the EU,” said Szczepanski’s contribution to Ohio State through the Fulbright program is invaluable, and students benefit greatly from his courses. Szczepański has been well received by his students, offering expert insight into coursework and providing precise instruction with personable lectures. Szczepański has also devoted time to direct his students to resources for research and career opportunities so that they are best prepared for the future.