Education Abroad partnered with the Global Gateway offices in India and Brazil to host Buckeye Bridge Lecture Series events on artificial intelligence, sustainability and climate change in March. The India Gateway team assisted in identifying speakers from India for the virtual sessions.

Naik offered insights about his career journey, the benefits of networking with industry and government, and noted cultural differences of working in India. Attendees followed up with questions after the presentation.

CEO and Editorial Director of the Impact and Policy Research Institute (IMPRI) in Delhi, Simi Mehta presented on sustainability and climate change in March. Dr. Mehta, a Fulbright-Nehru Doctoral Research Fellow in the College of Food, Agriculture and Environmental Sciences at Ohio State during 2015-2016, discussed sustainability and climate change including the adverse effects of climate change on humans and other species on earth. Mehta highlighted the importance of complying with policies outlined for developed and developing nations from raising awareness to preserving natural resources.

Mehta noted the significance of green and renewable energy to support sustainable development. She stressed that, “coordination among national development climate change communities, as well as among appropriate national and international institutions, is imperative.” Attendees asked how sustainability can be achieved and whether developing nations are more concerned than developed countries about climate change.

Watch all the episodes of the Buckeye Bridge Series, including the Career Conversations, the Culinary Passports and other engaging sessions. 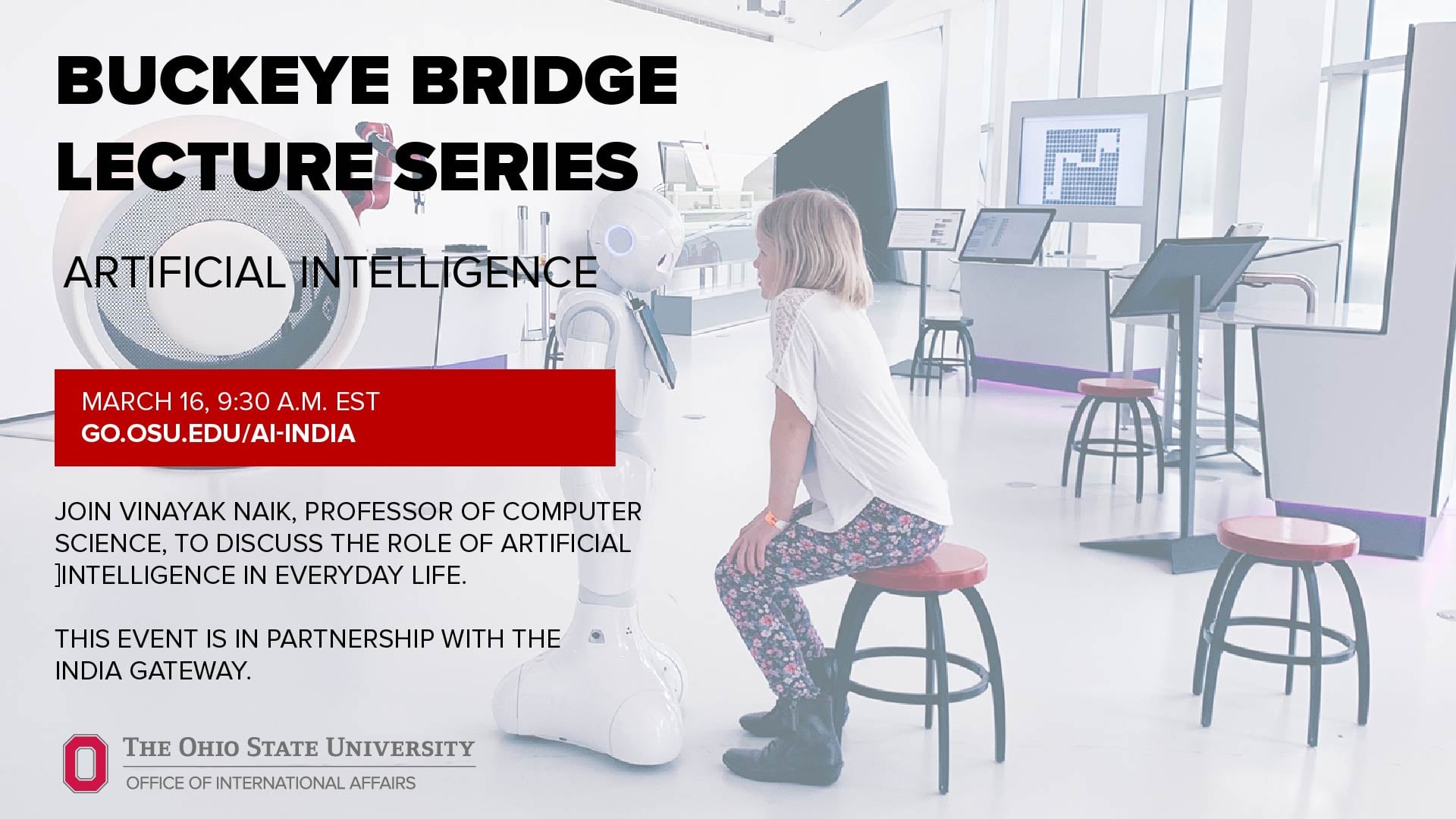