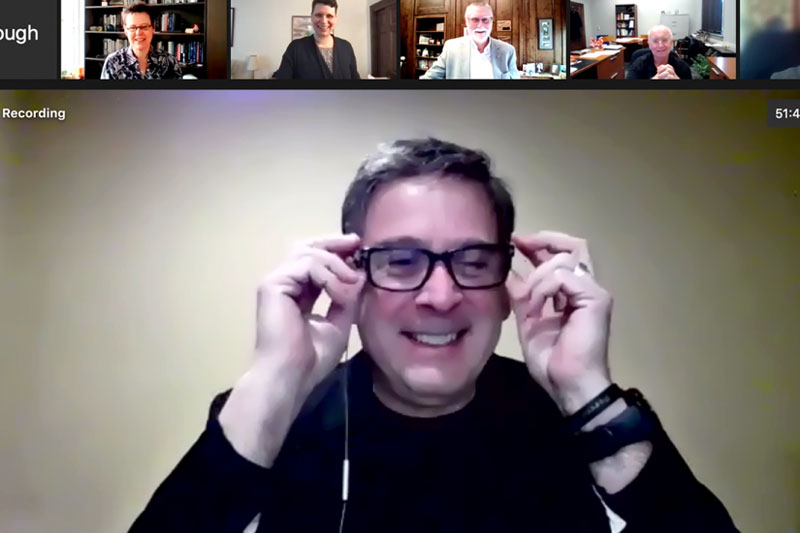 Bisesi was surprised with the award on May 14.

Michael Bisesi, vice dean of academic affairs and academic administration and professor and interim chair of environmental health sciences, who is the director of training for the Global One Health initiative (GOHi), received the 2021 Ohio State President and Provost’s Award for Distinguished Faculty Service.

The award recognizes up to three tenure-track, faculty members whose contributions to the development and implementation of university policies and programs that have been extensive and that have made documentable impact on the quality of  the university.

Bisesi, who holds a B.S. and M.S. from Rutgers University and a joint PhD degree from the State University of New York ESF at Syracuse, has held several administrative and faculty roles at Ohio State since 2009 and helped lead the establishment of major campus-wide initiatives, including GOHi, under the Discovery Themes.

He has also served on regional, statewide and national councils and committees in the environmental health sciences, including a current governor's appointment to the Ohio Department of Health’s Radiation Advisory Council.

Bisesi and the other two recipients will receive a cash award and base salary increase from the Office of Academic Affairs.

University leadership surprised Bisesi with the award during a college faculty and staff meeting on May 14.