"My decision wasn’t complex, I am the third in my family to graduate from Ohio State," explains Akshay Nair before nonchalantly mentioning that there are seven Buckeyes in his extended family. His elder brother was the first to graduate from Ohio State in 1995, Akshay in 2003 and currently his niece, a pre-med junior, and his nephew, a freshman, are attending. The tremendous programs, the diversity of majors, the long Ohio State history and sense of tradition all rank very highly for Akshay. When asked about memorable moments while on campus he recounts living in residential halls, the lifelong friendships he made and cheering on the Buckeyes in the Horseshoe.

After earning a bachelor's degree in engineering with a minor in business, Akshay began his career in California with a global oil and gas service company Schlumberger. Initially he handled operations before shifting over to sales. During his time at Schlumberger, Akshay hired over 100 graduating students, including from Ohio State as well as many other ranked universities across North America. Subsequently, Akshay began his own engineering consultancy services firm and currently manages clients that include Fortune 500 companies as well as small oil and gas operators while being based out of both New Delhi and Columbus. Recognized by the State of Ohio through its Department of Natural Resources, Akshay credits his professional success to teamwork.

As founding president of the Alumni Club of India, Akshay fondly recounts laying the groundwork that went into the formation of the club. "As I traveled between Mumbai and Delhi, I started reconnecting with many alumni. And once we started doing that for couple years, we realized that we needed to formalize the group. We got in touch with Nikhil Tambe, initiated the process by contacting the university alumni association in Columbus and formed our leadership team. Obviously, the India Gateway helped tremendously, since they were already here, had a strong presence and were already connected with all the alumni in India."

Akshay sums up the challenges and rewards of being president of the club. "Our goal is to keep Buckeyes engaged, build our Ohio State family, and encourage more members to get involved and help us stay connected with the university."

Akshay can’t wait for the fall football season to kick off and hopes the travel restrictions will ease enough to allow a visit to Columbus. 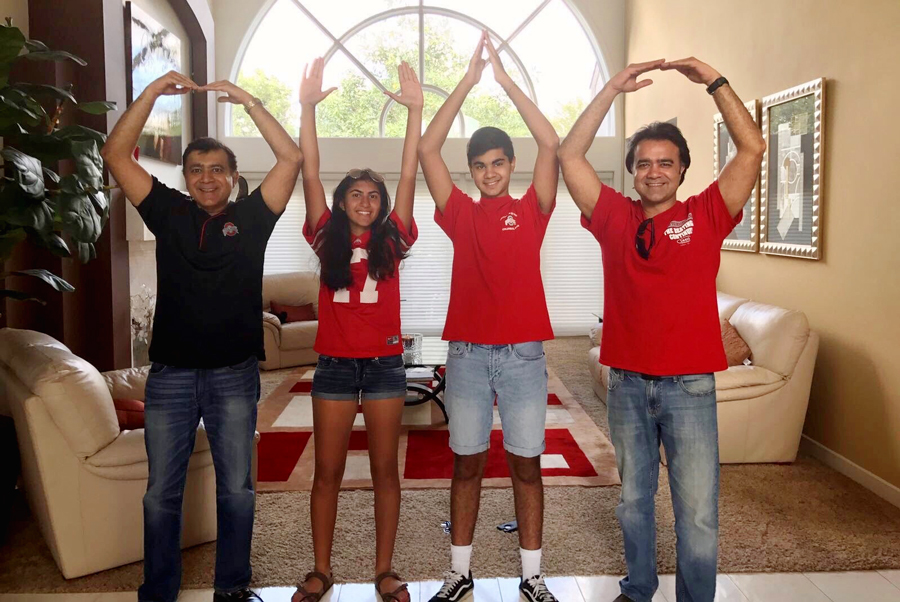