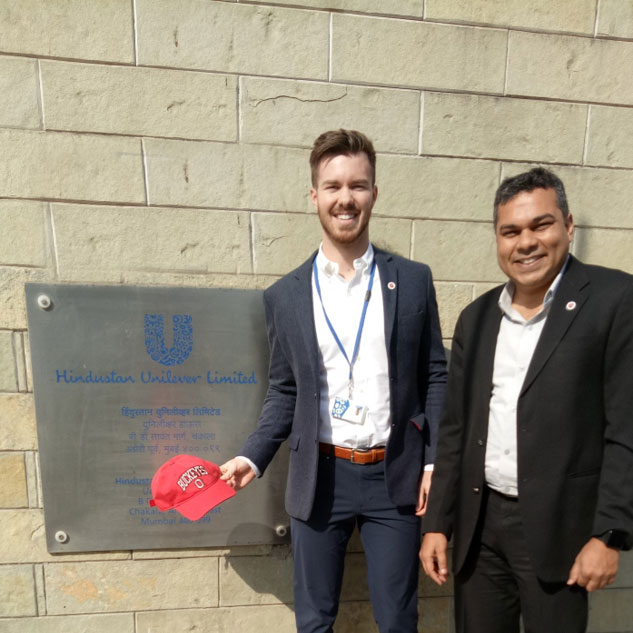 Josh Hubbard graduated from the Ohio State Fisher College of Business in 2017 and has been working in Mumbai as a brand manager for Dove (Unilever) for the past three months. He came to India to work on a project that leverages his skills from the United States to expand India’s eCommerce landscape. His team works on the South Asia, Middle East and Africa markets and frequently collaborates with teams from the United States and United Kingdom.

Hubbard speaks very highly of the global business experience and cultural immersion that India has given him. After traveling and talking to consumers in six different states, he says the differences are apparent, unquestionable and fascinating as they go far beyond just business models and consumer behavior to tradition and cultural history.

As a proud third-generation Ohio State student, Hubbard attributes his global curiosity to attending the Fisher College of Business Freshman Global Lab education abroad program. During his program, he visited a leading bank in London, an alternative energy firm in the Netherlands, the European Union offices in Belgium and an automotive company in Germany. That interest snowballed into two international Buck-I-Serv trips and now working for a global business. The relationships he built with other Buckeyes, along with the new perspectives he gained, made Hubbard realize the opportunity that working for a global company could give him.

Both Ohio State and global experiences have broadened his cultural perspective and he is excited to continue stepping out of his comfort zone to better understand and embrace diversity as he transitions back to his life in New York.