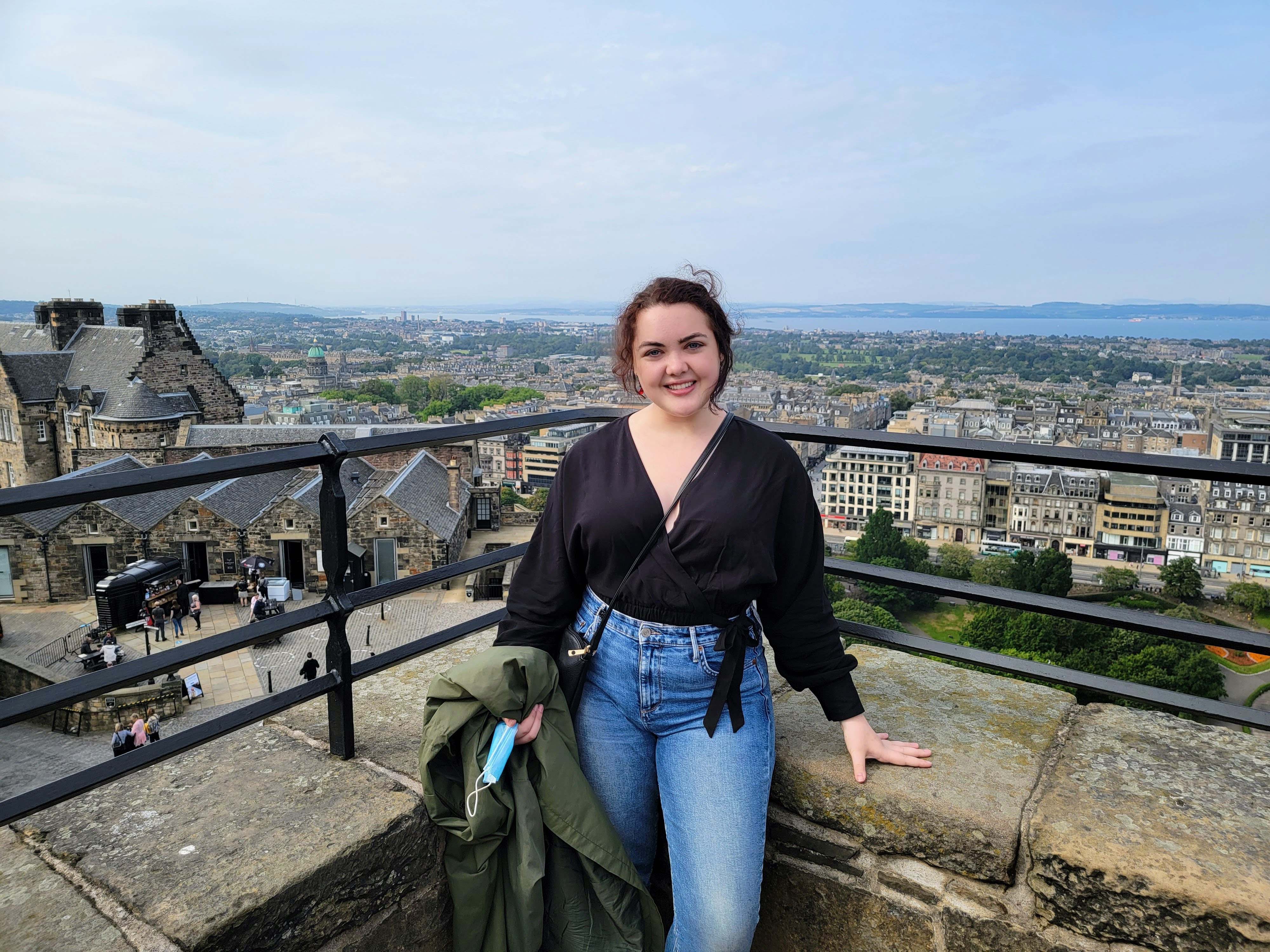 Bostic poses for a photo taken from the Edinburgh Castle with the city of Edinburgh behind her.

Immersing herself in Scottish cuisine, culture and history, Madyson Bostic feels like more than a tourist while studying at the University of Edinburgh.

Bostic is a third-year in history, philosophy, politics and economics. While in Scotland for the fall semester with the third-party provider Arcadia University, Bostic is taking history and philosophy courses along with an independent research course on the 1645 plague in Leith.

“It has been a dream of mine to visit Scotland for as long as I can remember and see the culture and historical places firsthand,” Bostic said. “But I also wanted to test out how I like living here since I’ve been considering applying to a program in the country to get my PhD.”

Bostic’s began her program with two weeks of travel in Edinburgh and Scotland. An unseasonal drought held off Scotland’s rain and made the weather perfect for exploring the country, but it didn’t last long.

“Now that I have gotten into the swing of things, my typical day is filled with a little more rain and a lot more of sitting at the university library to study with my flat mates,” Bostic said.

Bostic’s independent study on the plague allows her to take on archival research, and she is currently on the waitlist with the National Records of Scotland to pull and read from real 16th century records and manuscripts.

When not studying, Bostic explores new places in Edinburgh, and she hopes to travel around the United Kingdom when her siblings visit her in December. With the help of her flat mates, Bostic has been discovering new Scottish foods.

“My British flat mates have encouraged me to try to cook local cuisines and meals so that I can be even more immersed into the culture and lifestyle,” Bostic said. “Since then, we have a flat meal together every Sunday, and I try a new favorite food that they grew up eating.”

Expanding her friend group and getting to know local students allowed Bostic to truly immerse herself in Scottish culture and feel like a resident of the city, rather than just a tourist.

“It’s okay to have American friends while there but try to expand your friend group as much as possible to people from all around the world,” Bostic said. “And definitely take the time to get to know and be friends with other students local to the area or country you're visiting.”