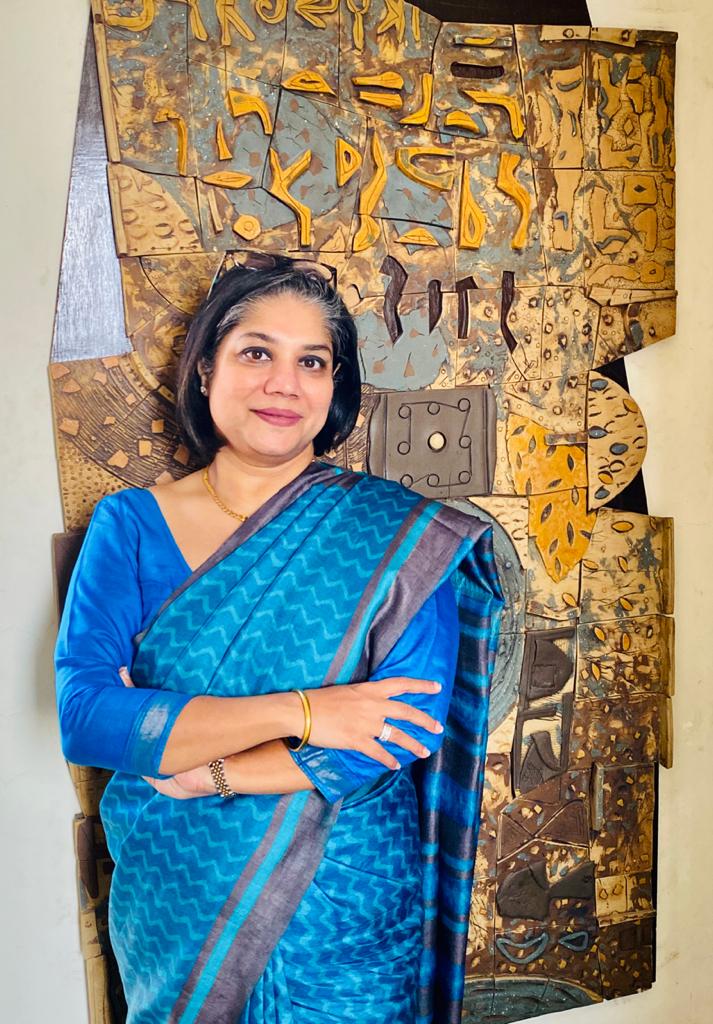 Aditi Kare Panandikar graduated from the College of Pharmacy with a Masters in Pharma Business Administration (1992). In May 2015, Panandikar was the recipient of the Jack L. Beal Post-Baccalaureate Alumni award from Ohio State for her outstanding contributions to the pharma industry. She was the recipient of the Leader of the Year award at the UBM India Pharma Awards and Business Woman of the Year award at the Business Goa Awards for Corporate Excellence in 2016.

Panandikar shared about her life at Ohio State and how being a Buckeye impacted her throughout her career with the India Gateway.

A third-generation entrepreneur, Panandikar had a clear goal of earning a specialized degree in management from the U.S. and later coming back to India to cultivate her passion – growing her own pharma business. In 1990, only a couple of universities were offering specialized programs in pharmaceutical administration, a program that teaches business administration but with a special focus on pharma. At Ohio State, Panandikar discovered the perfect bridge between the technical and management skills that are important for her specialization.

“Ohio State was well ahead of its time and that helped me understand the requirements of taking our indigenous business to the world,” Panandikar said.

Life at Ohio State was a learning experience for Panandikar as the courses offered far more flexibility than traditional courses available in India. The structure of the program allowed her to take a few extra classes such as pharmacoeconomics and pharma marketing and learning one-on-one from peers and advisors.

“This was exciting for me as it put me way ahead of things as they were in India at that time,” Panandikar said. “There are a few instances from my life at Ohio State that have made a lifelong impression on me. I remember as part of my thesis, I was researching on the ethical aspects of consumer advertising, and I spent hours interviewing patients, healthcare workers and patient care givers in the hospital lobby. This was great learning experience that I have later applied in India. Other things like public policy and interfacing with the government that I was exposed to during my educational years have been evolving in India over the years. I have been in a better position to grow my business and our internal policies as a result.”

Panandikar said after graduating from Ohio State, she brought back international exposure which helped build a strong roadmap for her company Indoco, a fully integrated, research-oriented pharma company.

“Earlier we were an Indian pharmaceutical company that was into branded generic medicine – pure acute pain segment,” Panandikar said. “Later we moved into manufacturing and marketing for international markets. We shifted into chronic therapy for India market and got patents for the processes we developed. After setting aggressive targets of doubling the turnover, creating plants of international standards and capturing world market share in a span of 30 years, today Indoco is a $175 million turnover business with United States Food and Drug Administration approved plants and internationally curated intellectual property.”

When COVID-19 broke out in the United Kingdom there was a surge in demand for pain management medicines, and Indoco had a large set of supplies ready to ship. However, a sudden medical export ban was announced by the government of India. Indoco worked closely with the government and assured them about supplies and the industry capabilities to serve the Indian population. The central government granted Indoco permission to export 44.8 million paracetamol tablets to the U.K. and as of April 12, the first shipment of 1.17 million tablets was exported.