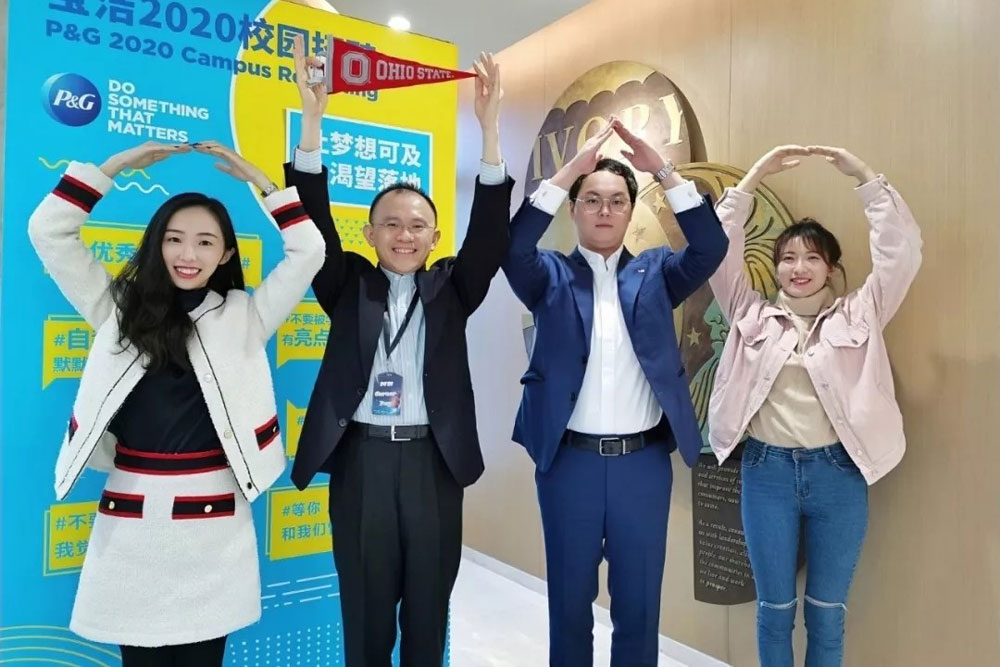 Yinzhen Fang earned his MBA from Ohio State in 1992 after completing an undergraduate degree in chemistry. He is currently the vice president of human resources at Proctor & Gamble in the greater China area. He chose Ohio State because of the advantages it had to offer. Being a large school, Fang was able to make connections with classmates, network with professors and even become a football fan.

Fang says that Ohio State had a large influence on his career choice. Before attending, he worked for a small company, and after graduation he got a job at a German company. He says his study abroad background allowed him to better understand the corporate culture of international companies.

“I can say that my integration into P&G culture was seamless,” Fang said. “Being an international student, both what I learned in school and my attitude towards people allowed me to successfully integrate into the company. I think multinational companies are a good choice for international students because of the experiences we have.”

When asked why he has stayed with P&G for 25 years, he says it’s because every day is different. He has worked for seven different departments and says each one feels like in entirely different company. Employees are able to ‘build from within’ to find a role they love.

Although Fang is not able to visit Ohio State as much as he would like, he still keeps in touch with many of the friends that he made there and watches Buckeye football on Saturdays.