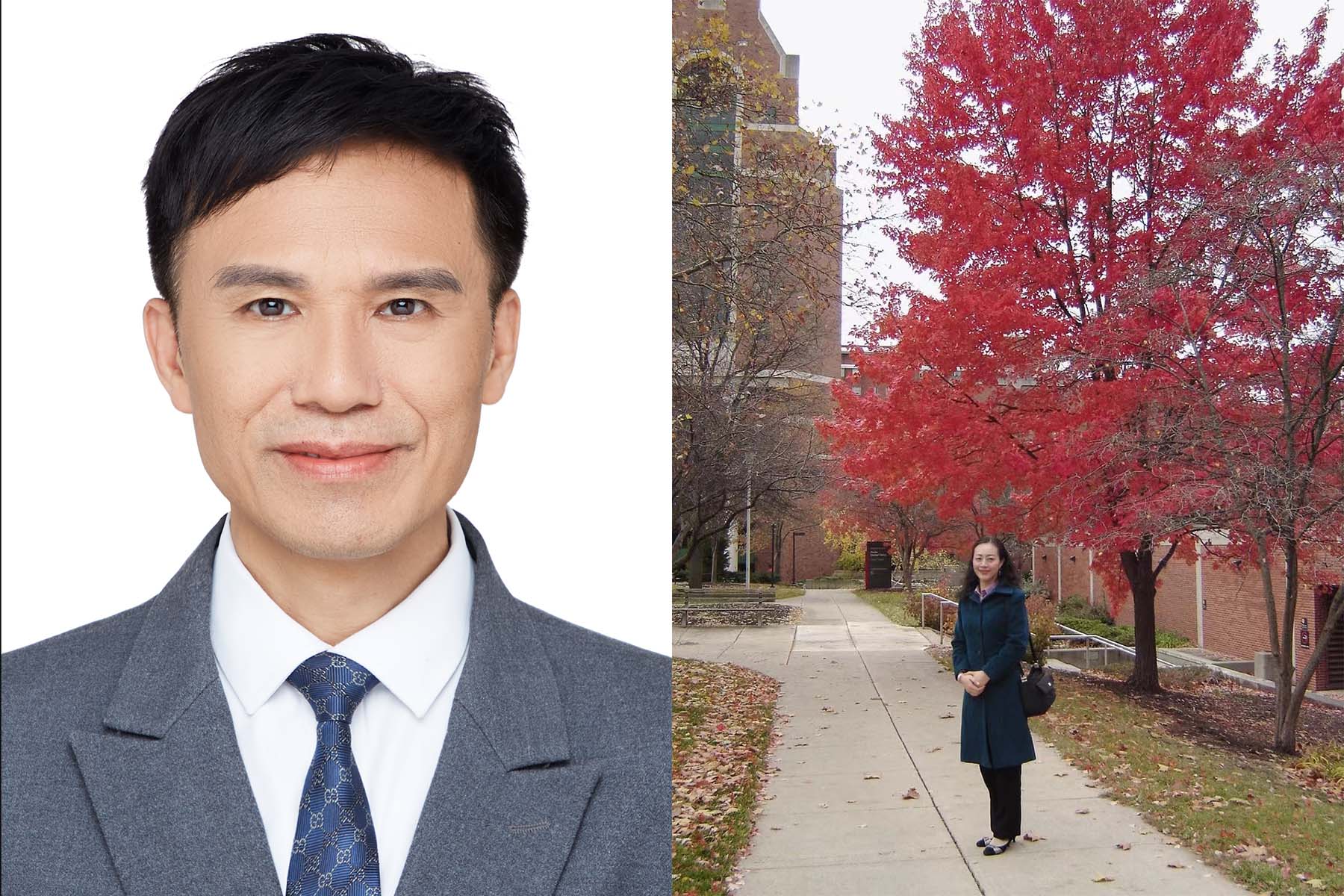 Lu Yuanzhi and Li Ming are an Ohio State alumni couple performing cancer research and publishing novels. Lu completed his postdoctoral training and served as a senior researcher at Ohio State from 2007 to 2014. Currently, he is the director of the Department of Pathology and deputy director of the Cancer Treatment and Research Center of the First Affiliated Hospital of Jinan University. Li worked as a laboratory assistant and engaged in research at the Ohio State Wexner Medical Center and Microbiology Laboratory. In 2021, Li published a critically acclaimed contemporary full-length romance novel, Ciqing Yongzhu (Never Gone), based on the people she met during her time at Ohio State.

While at Ohio State, Lu spent six days a week doing research in a lab at the Comprehensive Cancer Center. His lab experience in the Department of Biochemistry and the Department of Molecular Genetics included working with people from more than a dozen countries around the world. Cultural communication at the lab allowed Lu to truly appreciate the importance and value of diversity and inclusiveness. In addition, Lu noted how the rich academic activities and scientific research opportunities at Ohio State had greatly broadened his horizons as a student and helped him better understand his specialty. The intensity of the scientific research at Ohio State had a great impact on his current clinical work, translational research and teaching. Lu is working in the field of clinical precision oncology to advance cancer management and allow treatment to be tailored to individual cancer patients based on the gene sequencing.

Li grew up in a literary family, and she has always had a love of writing. During her time in the U.S., she published five lyrical poems in the Short North Gazette. While Lu enjoyed his time in the lab, Li was more interested in making new friends. One day, she realized she could use her writing skills to honor the wonderful people she met in Columbus and the interesting things they experienced, which is the original motive for writing Ciqing Yongzhu (Never Gone). When Buckeyes read her novel, they may recall familiar scenes and memories from their own time in Columbus.

Outside of spending time at the lab, Lu loved exploring restaurants in Columbus. He tried as many different kinds of food he could find with a friend from his research, including Vietnamese rice noodles, Thai Tom Tom Goong soup, Italian ham and French red wine. Li misses the happy time of going from party to party with her friends. Lu and Li are looking forward to reuniting with their old friends and visiting their favorite places in Columbus in the near future.