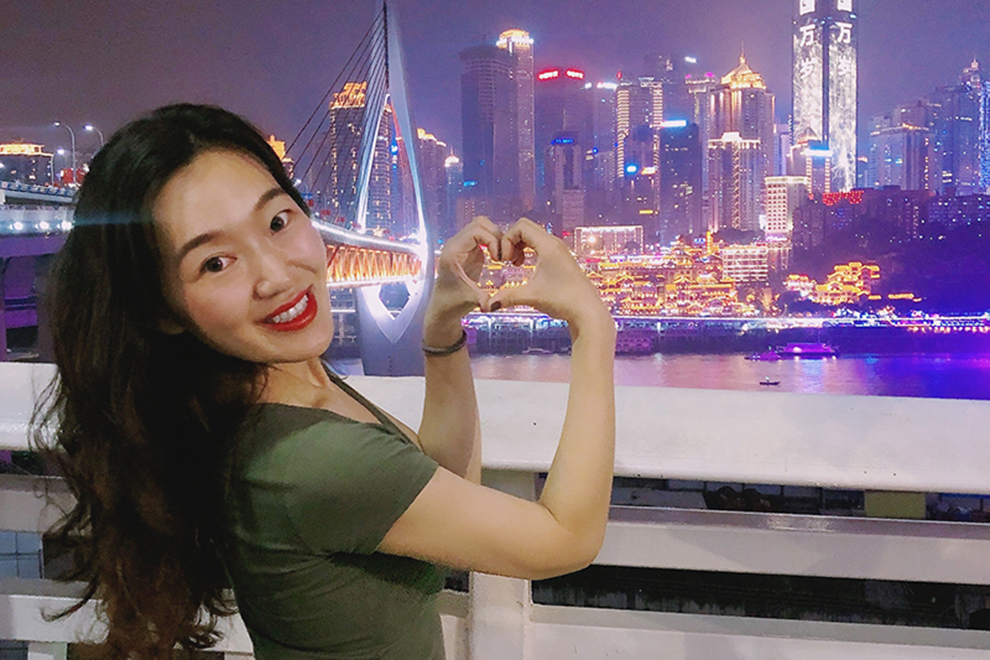 He Ran, Bachelor of Science in Finance ’14 and Master of Agricultural Environmental Development Economics ’16, is a member of the Beijing Alumni Club and a project manager at Huatai Insurance Brokers.

When He graduated with her master’s and returned to China, she had the idea of creating a photo album of Ohio State’s campus and favorite places around Columbus for the Beijing Alumni Club. For the last two years, He and the Beijing Alumni Club have worked on this photo album by hiring a photographer in Columbus and compiling the photos in a book.

“Although it is very difficult for me to go back to Ohio State, I can still remember our campus, Columbus' spring, summer, autumn and winter through this album,” He said. “Even after a few decades, I will say to my children, ‘Look, I was studying at this university. Our library was like this. The classroom at that time was like this.’ I think this is something sweet to share in a family setting.”

He said the album did not have enough space for every photo and it was difficult to select the photos.

“We discussed how to choose the photos,” He said. “After all, this alumni has limited space to put so many photos. We decided to create a questionnaire for the Beijing Alumni Club so that everyone could vote for their most missed place. We collected the information and communicated that to the photographer.”

He said her first hometown is Beijing, but her second hometown is Columbus, Ohio and Ohio State.

“The most important six to seven years of my life were spent in Columbus,” He said. “I made friends through Ohio State and the alumni club. Our alumni group has a lot of interactions. There are many interactions, life and career support. This kind of friendship is the most valuable. When I graduated, I went to the company for an interview, and I was very proud to say I graduated from Ohio State. I am proud to be a graduate of Ohio State.”