A former defensive back for the Buckeyes, Dionte Allen is sharing his passion for football with youth in China through the Shanghai American Football Academy. Allen founded the academy to promote football and is currently training 200 young athletes from ages three to 16 via 15 school programs.

Allen first visited Shanghai in 2016 and moved there permanently in 2017 with his family while he was working for Walmart and founding the Shanghai American Football Academy. He played for the Buckeyes in 2011 and graduated with a degree in criminology and sports management and is now coaching

“Shanghai has become my home,” Allen said. “It is safe. I met so many people, and I have so many relationships that I get to connect with. And the food is amazing. After being here for three years, I am able to order my own food, get around and have a great life.”

Allen said that American football is still new to China and the Shanghai American Football Academy is trying to spread the culture of football in China.

“This is a big challenge,” Allen said. “But I have definitely seen the change within the past three years. There are even NFL highlights playing on the metro now. More and more people are starting to like and play football, and some kids are using this experience to apply for high schools and colleges in the U.S.” 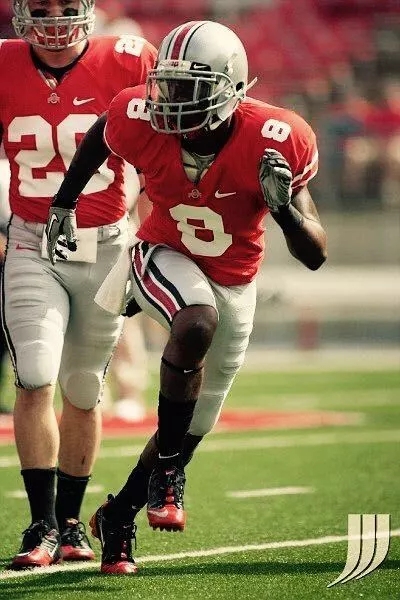 His most memorable times at Ohio State were playing football for the Buckeyes and Michigan Week.

“I still remember the time when I walked into the football stadium with my teammates before the game, and the audience went wild and cheered for us,” Allen said. “That was super amazing.”

Allen’s advice to young athletes is stay committed, be consistent, always have a “Why?” and remember what they are passionate about. To all college students, Allen encourages them to explore the world and learn other cultures outside of the U.S.

“The world is huge,” Allen said “Try to learn other cultures. You have to be open-minded. There were a lot of kids in my high school who came from Shanghai, China. It was great to learn their culture, and now here I am, in Shanghai.”