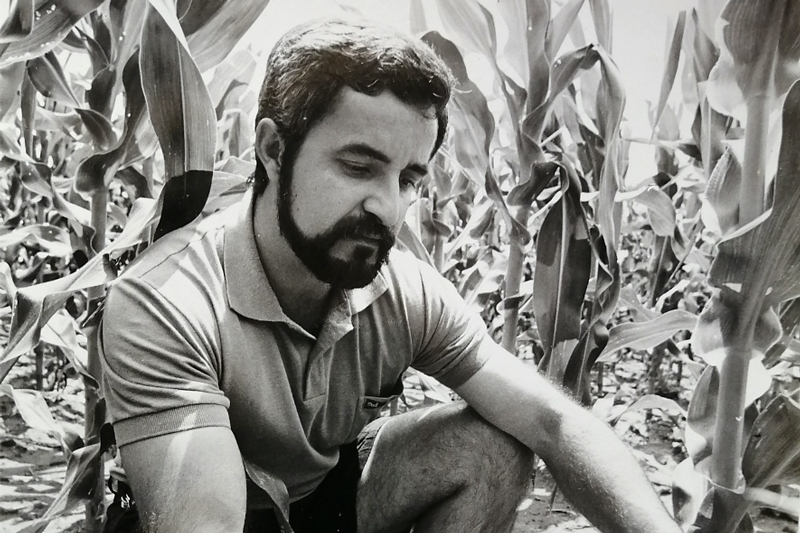 Nilceu Nazareno, PhD, is an Ohio State alum who received his doctorate in plant pathology in 1992.

Before deciding to apply for my PhD studies, I met Harry Hoitink, a former professor of the Department of Plant Pathology, during his visit to my research institution – IAPAR, through the Paraná-Ohio Committee, of the Partners of America Program, in May 1988. I then started my PhD program at The Ohio State University in winter quarter of 1989.

I spent one and half years doing coursework at the Columbus campus and another year and a half at the Wooster campus, where both my adviser Larry V. Madden and co-adviser Pat Lipps had their offices.

Considering the importance of the no-till cropping system, both in Brazil and Ohio, my research project focused on the epidemiological aspects of a corn disease, Gray Leaf Spot. This foliar disease is very much influenced by the infected corn residues left on the soil surface. The project ran in the field and had three aspects: overwintering survival of the pathogen, Cercospora zeae-maydis, the influence of the amount of infected residue on soil surface on the development of the disease, and space/temporal disease spread modeling in the field. The picture depicts me evaluating disease severity in field plots. My final examination occurred in January, and graduation on March 20, 1992.

My experience as a graduate student at Ohio State was fantastic in all aspects, scientifically and for life. I had full support from all professors and staff of the department, as well as from students, colleagues and roommates. I had a chance to serve in the Graduate Students Committee, giving me a chance for significant interaction with all people from Plant Pathology, as well as other related departments on behalf of the students. In 1990, I shared with another student, Michael E. Boehm, the Clyde C. Allison Award, as outstanding student, which gave me great motivation to continue harder with the work.

Finally, I must recognize the help and support of my family, who were together during all my stay, Cristina, my wife, Vera Lucia and Jose Luis, my kids, for understanding the need of my several absences from home due the work I had to go through, and for their incommensurable love.”