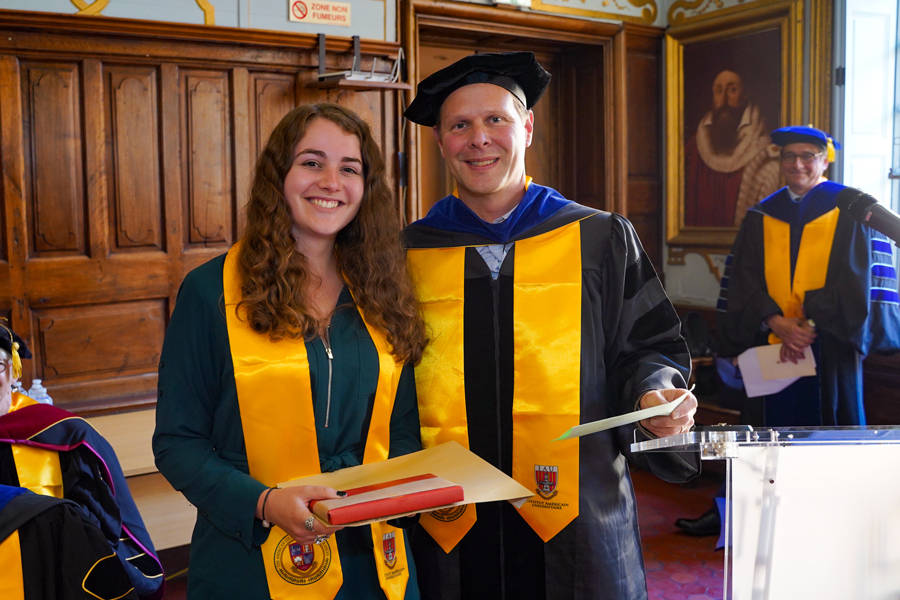 On May 13, the American College of the Mediterranean-Institute for American Universities held a ceremony in Aix-en-Provence recognizing the academic achievements of select spring 2022 students. Michela Zaccardelli received the Simone Veil Prize for Academic Excellence in European Studies. The award was presented by Gregory Mose, professor of international relations.

“During the spring semester I spent in Aix-en-Provence, France, I took five courses at the Institute for American Universities; three of the classes were in French and two were in English. I also lived with a French host family with three other American roommates. While living in the host home, I was able to practice my French and have more detailed discussions about French and European culture. In my courses, I studied subjects such as French politics and society, the European Union, French colonialism in the Middle East and North Africa, French cinema, and the phonetics of the French language.” 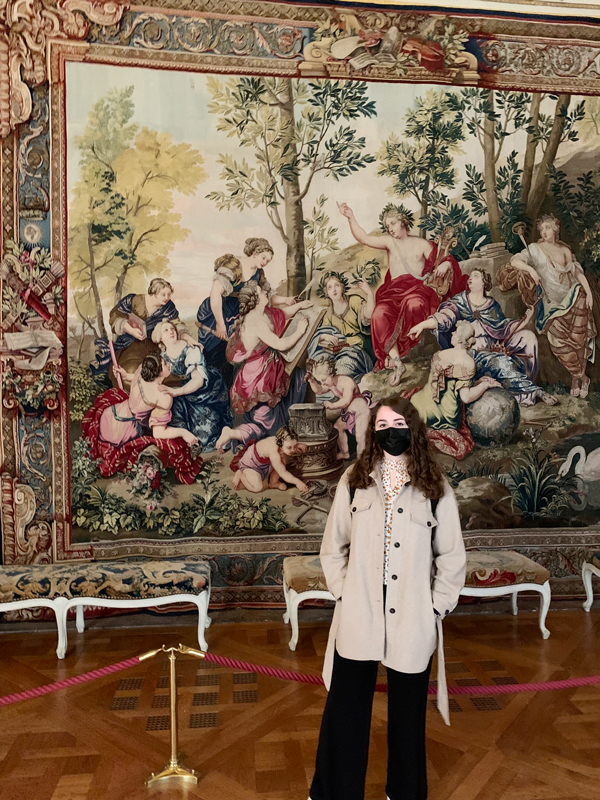 “If nothing else, my time spent in Europe forced me to recognize that I benefit from the privilege of being a native English speaker, and that it is this privilege that should force me to step outside of my comfort zone and really dive deep into the local language and culture, no matter where I am. After all, English is more and more an international language, as it is a required part of the school curriculum in so many countries and is critical in areas such as international business and diplomacy. This means that, as an American whose first language is English, I will encounter people who speak my native tongue in almost any country I travel to, whether I am in France, Peru, or Mongolia. Being a student in France—and especially in a touristic town like Aix-en-Provence—I have learned that while I could most likely make it in a foreign country with only my proficiency in English, to do so would be to miss out on the magnificent cultural experiences and deeper understanding of the world that come with learning the local language. Thus, this semester has helped me to both recognize my privilege as an English speaker and appreciate that I have the ability to go beyond that privilege in my study of another language.”

“This semester abroad has also taught me to be more confident when dealing with the unknown, particularly in situations that feel unfamiliar and hopeless but that in reality are simply experiences that everyone should and will have at some point in their lives. Before I traveled to France in January, I would get anxious over simple tasks like asking a stranger for directions or calling to schedule a doctor’s appointment. For the most part, I was afraid that I would not know what to say to people and that they would sense my uneasiness and find me lacking. However, living, studying, and traveling in other parts of the world has forced me not only to perform these kinds of tasks, but to do so in a new language and without the familiarity that I took for granted in my home country. I have also been lucky enough to meet so many different people while abroad, who have described to me similar worries that they have had but were able to overcome with practice and support from others. Ultimately, as I practiced these simple but essential skills and gained confidence after several successful (and unsuccessful) attempts, I began to reach out more to those around me and pushed myself to have previously unimaginable experiences.” 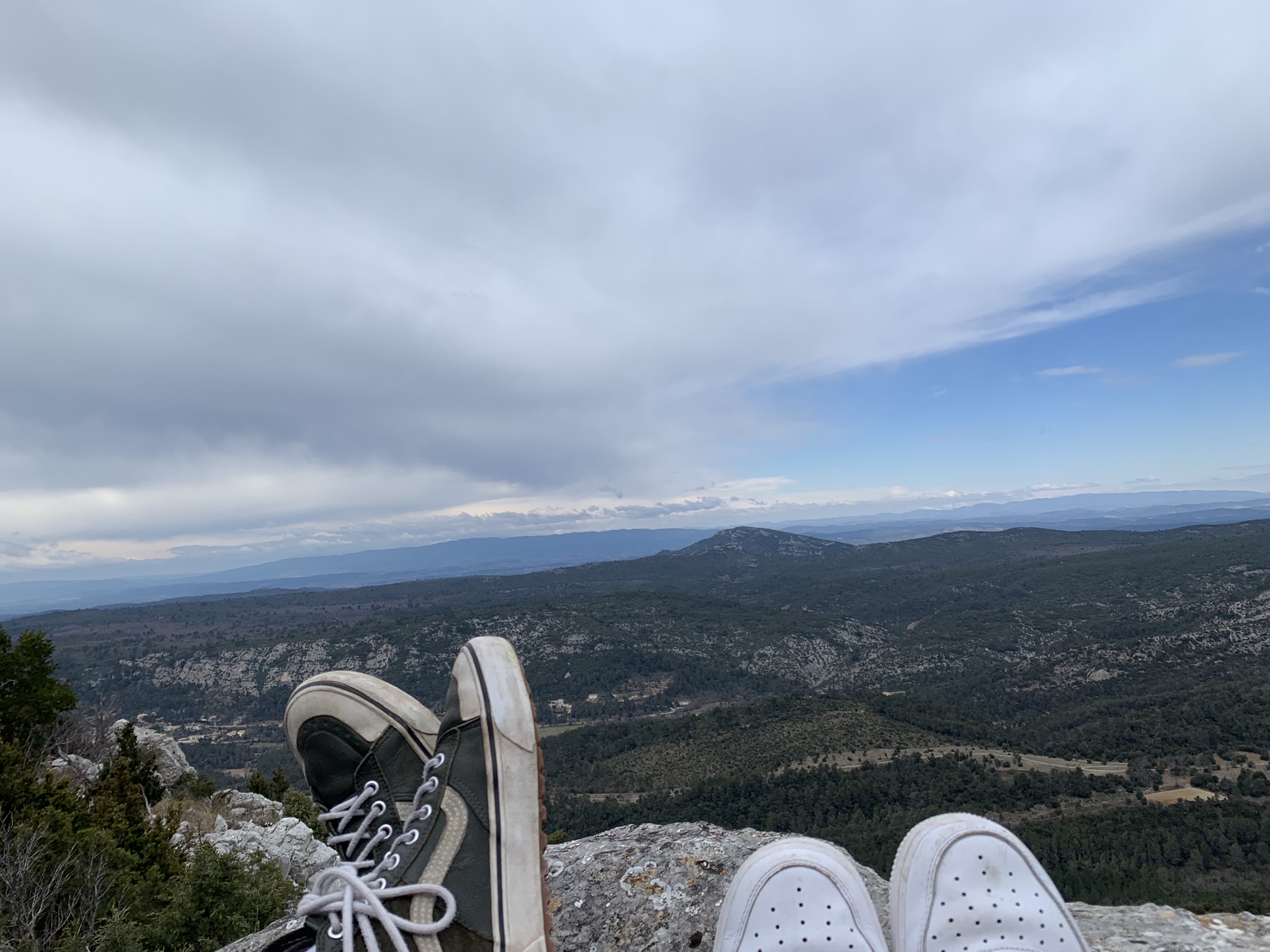 “While in line to visit the Palace of Versailles, I was standing behind a group of fellow visitors who were speaking Spanish among themselves as we waited. At one point, a member of the group approached one of the palace employees to ask them a question, and I was surprised when she spoke not in her native Spanish, or even in the local French, but in English. Until that point, I had not truly perceived English as a common language in so many parts of the world, or as one that people of all different backgrounds utilized in order to speak with each other. Of course, I had known that I was lucky to be fluent in a language that is so popular in the media and in international business, but I had not thought about its value as a common language until I went to Paris and saw just how many tourists spoke English instead of French.”

“During the rest of my time in Europe, I became more and more aware of the fact that English is truly the modern lingua franca; trams in the Netherlands announced stops in both Dutch and English, and restaurant menus in Zurich were available in German and English, despite the latter not being one of the four official languages of Switzerland. Ultimately, my time in Europe helped me to realize just how fortunate I am to be a native English speaker, but it also inspired me to step up my foreign language studies in order to not fall into the convenient trap of the English-speaking traveler.” 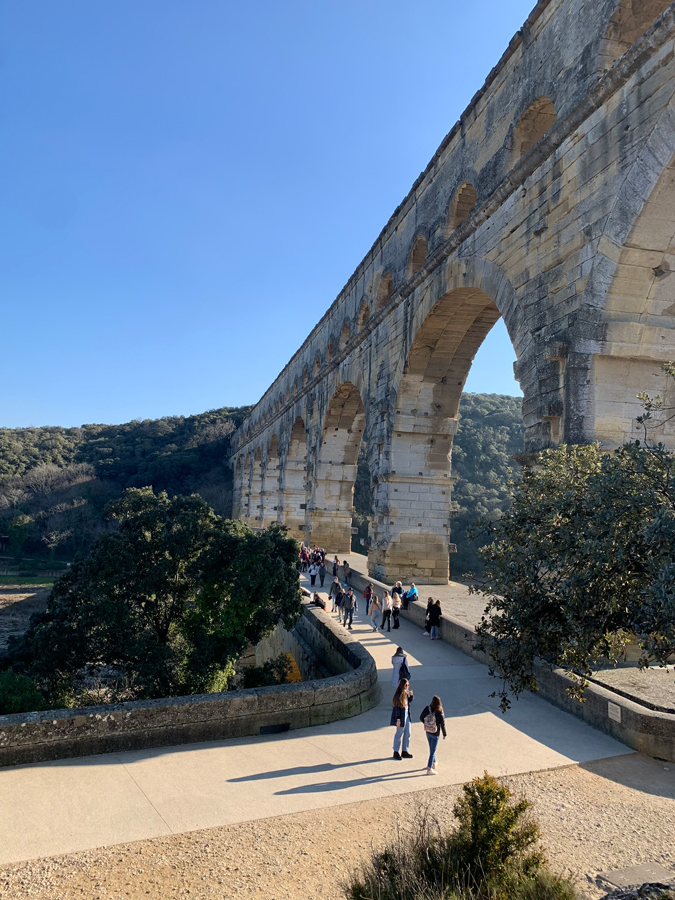 “This semester abroad was my first opportunity to travel abroad alone without family or friends, and I did not know at all what to expect from a four-month stay in a place full of strangers. When I arrived in France, I had not yet been in contact with anyone else in my program, including the three girls with whom I would be sharing a house, and I spoke to my host mother for the first time on the day I landed in Marseilles. This level of unfamiliarity with the area and with those around me was completely new, and I was forced to adapt quickly to sharing someone else’s home while living in a foreign country. The stress of building entirely new relationships and making sure to respect the rules of my homestay made for an anxious first couple of days. However, as my circle of friends slowly but surely expanded to include more of my peers—most of whom were in the exact same situation—and I gained the confidence to reach out to people I did not know to introduce myself, I recognized a shift in my thought process when it came to meeting new people and trying new things.”

“Before this past semester, I tended to refrain from taking risks and putting myself out there, mostly because I feared being disappointed, uncomfortable, or rejected. Yet as I spent time getting to know such a diverse group of people—students, professors, fellow travelers, and many of whom had stories of their own struggles in an unfamiliar environment—I came to understand that my past fears of rejection and disappointment were truly insignificant compared to the potential rewards of throwing caution to the wind and simply living my life.”

“In terms of my professional goals, I hope to one day become a lawyer; I know that this job will require extensive interpersonal skills, as well as the ability to understand where my clients are coming from and how to communicate to best help them to achieve their goals. If I am able to achieve my goal of working as an immigration lawyer, then I will certainly be able to use the skills and knowledge that I have acquired abroad to keep an open mind and an open heart when it comes to the goals and struggles of my clients, as they will likely be coming to me from a difficult situation. Furthermore, as I continue with my renewed appreciation for the study of world languages, I hope to be more qualified to communicate with my clients in their native language, which might offer them a degree of comfort in what will otherwise be a stressful ordeal. On a more personal level, I am extremely grateful to have had the opportunity to strengthen my ability to communicate and build relationships with people, especially with those who might speak another language or come from a completely different culture. Before I traveled abroad, I did not truly understand the value of making decisions with confidence and without fear of failure or disappointment. However, now that I have seen how much I can experience and accomplish by being more positive and assertive, I know that these skills will help me to strengthen my personal relationships and to lead a more fulfilling life overall.”