Jennifer Iroh is a senior majoring in health sciences who participated on the Multicultural Histories and Legacies of Rome: Classics, Colosseums and Cathedrals global education program during spring break 2022.

My global education program was a week-long excursion across Italy with a group of about 22 other students explored and learned about the rick history across the country, during this past spring break. The program primarily took place in Rome as the city has beautiful structures preserved over thousands of years from the Colosseum, Pantheon, Trevi Fountain, Spanish Steps, Roman Forum and so many others we saw. Further, we were able to visit the Vatican City, the smallest city-state in the world, as it is one of the centers of Catholicism because the Pope resides there and conducts service every Sunday. Additionally, we explored various religious sites and leaders aside from the dominant one practiced in Italy, Christianity. As the group was welcomed into the biggest mosque in Europe found in Rome and received an informative introduction to Judaism and we saw a Synagogue. We learned firsthand from amazing tour guides (Elisabetta and Rosa) about the customs, norms, legacies, history, food, and cultures that cover different regions of Italy. While we were mostly in Rome, the group spent a day in Florence (Firenze) and another day in Naples (Napoli). Each city looking nothing like the other but each were more  breathtaking to explore, interact with, and witness some of the notable cities in Italy. Lastly, as someone who appreciates art, all the cities were abundant in it from sculptures, to paints, to architecture done by famous artists like Michelangelo, or any structure everyone could appreciate the abundance of beauty and how different it looks to our campus (and really anything I have ever seen).

Throughout the trip, I was able to get to know my classmates in a new way, learning about their own experiences at Ohio State and their personal interests, as it was a nice opportunity to meet others and form connections. Many of us would have never crossed paths if we hadn't joined this particular program.

I chose this program because I was seeking out an opportunity to do a study abroad before I graduated. However, I never thought it was feasible for me to do as a Health Sciences student because travel/study abroad programs aren't widely accessible or provided in the College of Health and Rehabilitation Science. So, when I heard that the student organization MUNDO (Multicultural Understanding through Nontraditional Discovery Opportunities) was going on a trip during spring break I knew I had to seize the moment as any and all majors are welcome to join on the trip. Therefore, I'm extremely grateful that I was able to go on the trip to appreciate Rome from a multicultural context with a diverse group of people. As the environment created on the trip was inclusive and brought together similarly minded people who recognize the importance of global citizenship.

Finally, I found the experience gratifying as I immersed myself in a setting outside of something I've known as someone who has lived in the States their entire life while incorporating an educational, multicultural foundation.

The main objectives of this class and the study abroad experience is to state the desired outcome of social change-based leadership, describe the seven central values of the social change leadership model, examine the conceptual strengths and weaknesses of the social change leadership model, and help propose personal strategies for demonstrating social change-based leadership within differing group contexts. Furthermore, I hope to expand my own knowledge of Italy and the cities we will visit by understanding the complexities of culture through language, food, customs, and differences in perspectives around the world. I’ve taken advantage of this opportunity by practicing basic Italian and researching the rich history.

Additionally, I value getting to know others in new environments, so I’ve been working toward forming meaningful connections with my classmates.

I had not traveled internationally since 2013, and other plans of studying abroad never crossed my mind as many trips were being cancelled, and I didn't feel safe during the peak of the pandemic. So when I was finally able to experience a new country in a completely different part of the world was crazy as I could immediately spot differences that I usually would never think twice about, like being able to communicate with others as English isn't the predominant language in Italy. During the entire trip my jaw was on the floor and all I could say was "wow". Ultimately I was shocked that these beautifully-made structures are in the middle of bustling cities. It shocked me that the city of Rome we know today was built around these historic areas rather than being torn down or built over, as Italians respect the past in a way I've never seen before. I mean imagine eating lunch outside of the Colosseum or Pantheon! Everything is so pretty and beautiful that it would be such a nice place to live in! I was able to do as the Romans did while in Rome, by eating where they did, speaking a little bit of Italian, and by observing those around me. Italians are very active people as people walk everywhere, older individuals are out and about jogging and meeting up with friend, and the vespa scooters were so cool to see in-person.

I think all students should study abroad at some point in their college career (if they have the chance) as it supports an experience that you can only get out of the traditional classroom setting. No matter where you go for your program, it lends great experience to learn about issues outside of ourselves. Also, it helps to realize how similar we all really are while understanding that there is so much going on beyond our daily lives. Whether for a few day or a semester long, any chance you can get seize the moment!

Most importantly, I would recommend students join the organization MUNDO because it's a great resource for students to travel across the countries and globally while discussing social change and issues surrounding racism, sexism, xenophobia and many others in the context of traveling. As travel may look different for different people depending on one's intersection of identities! 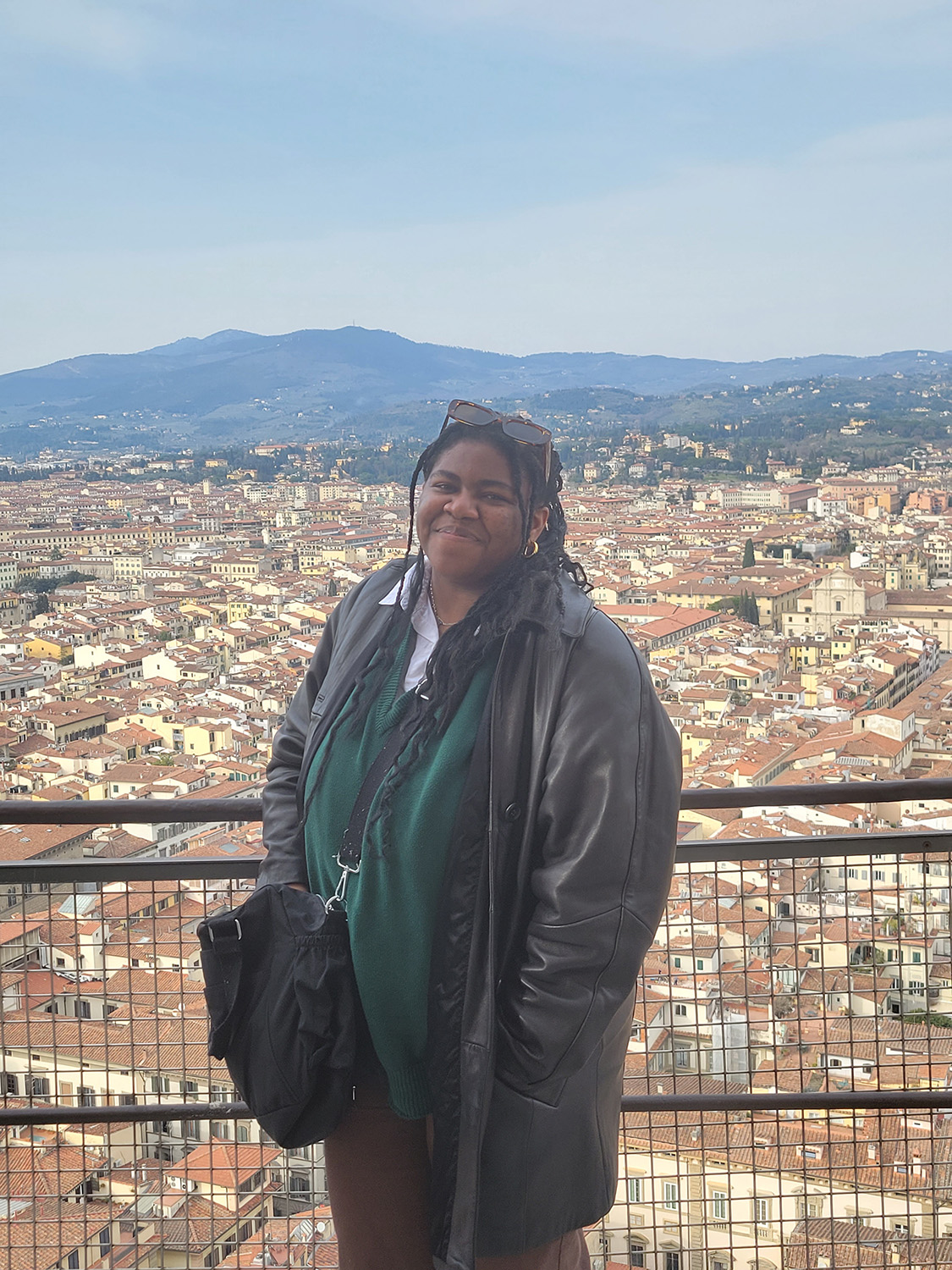 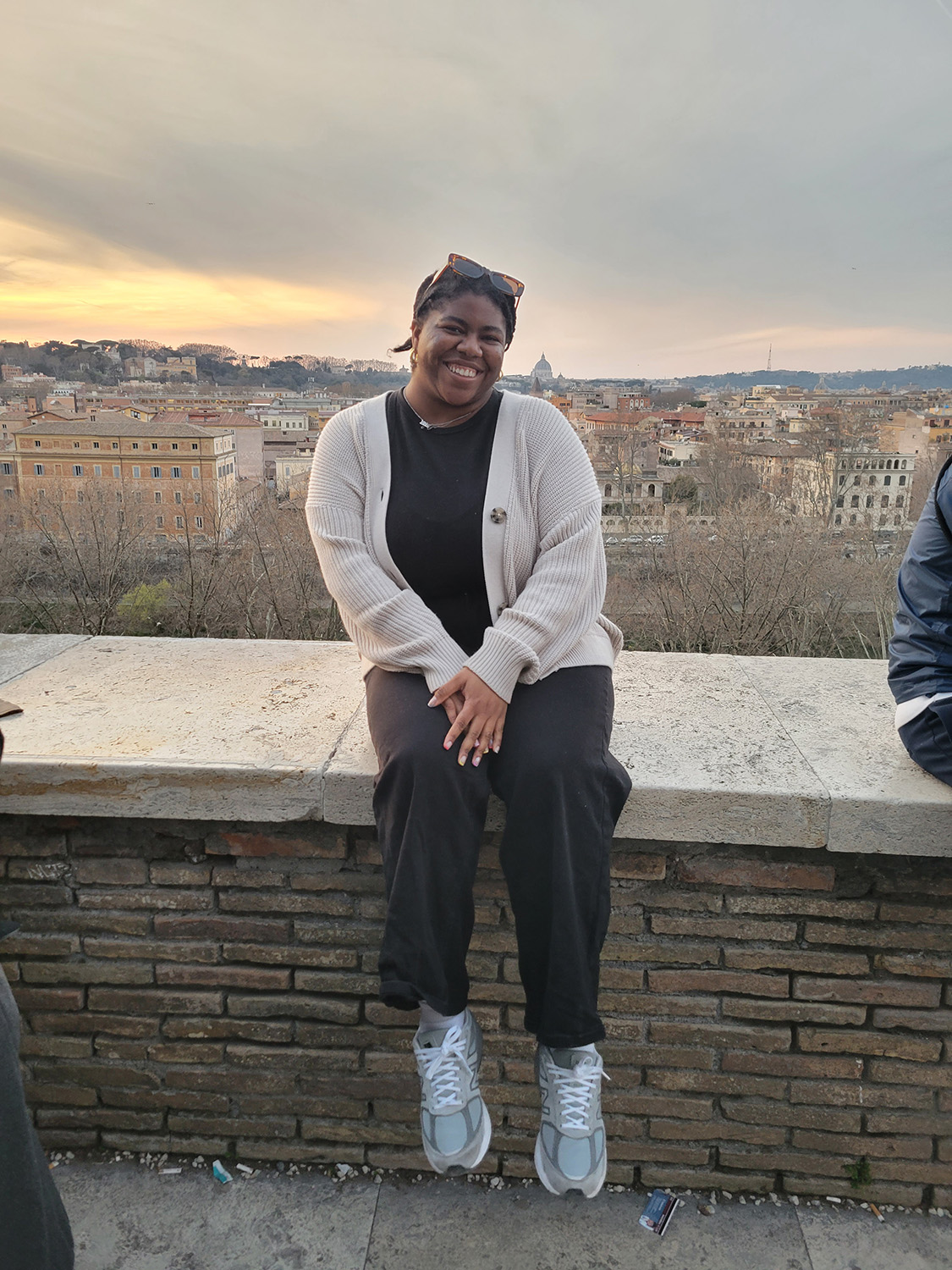 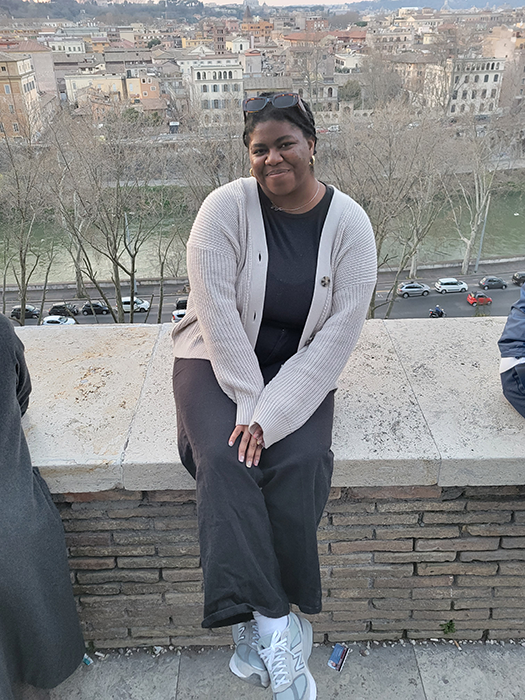 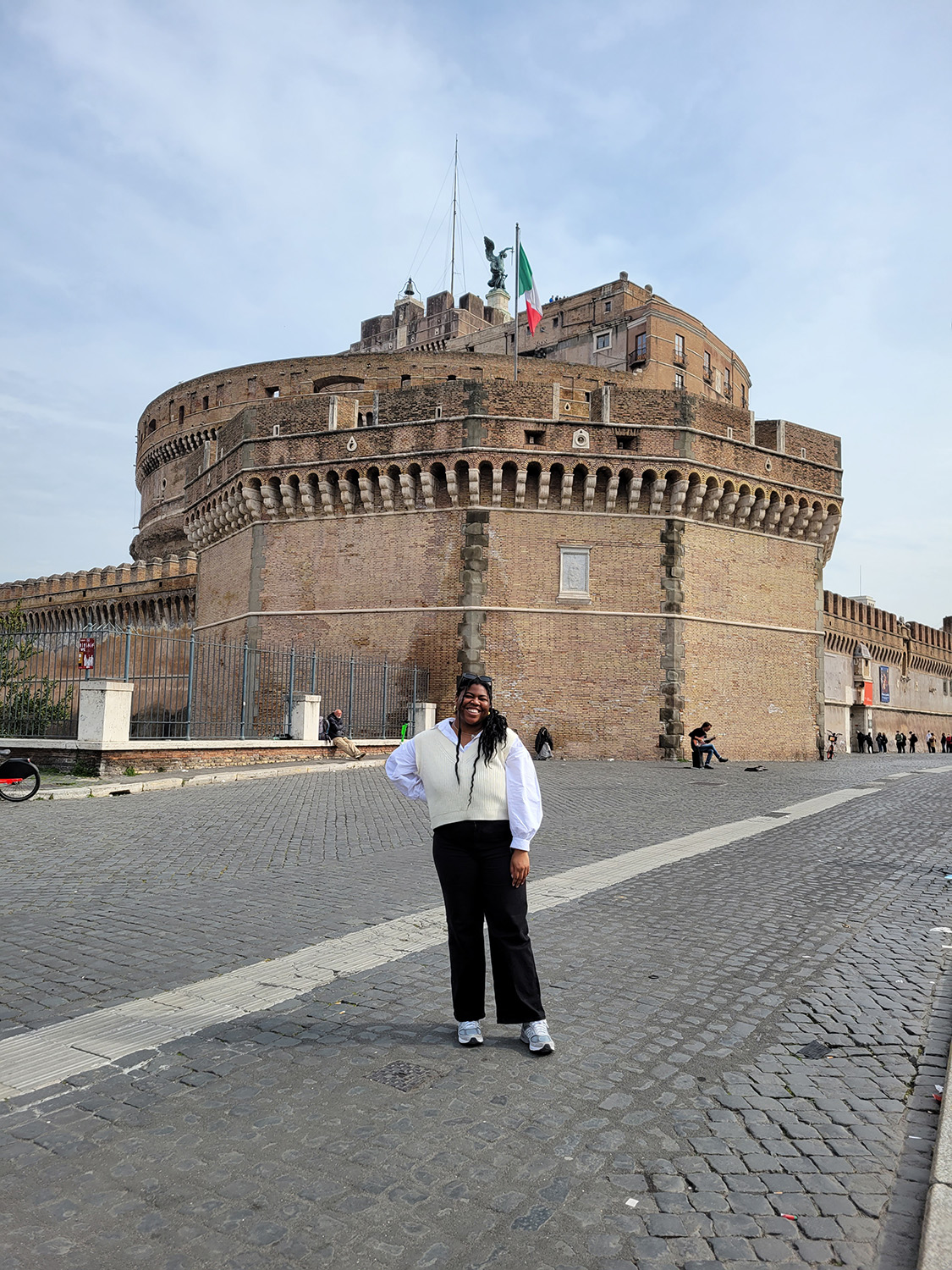