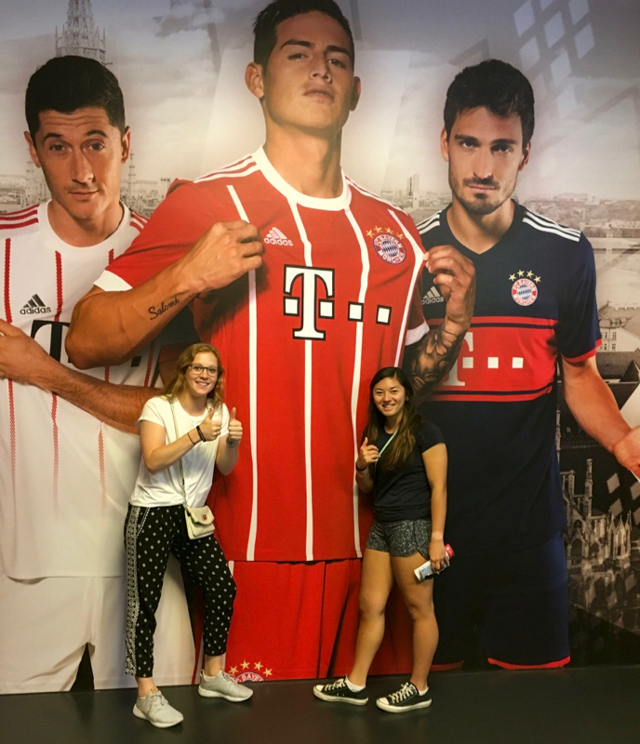 "Not only did I get to learn about sports in Europe and explore cities/countries I have never been to before, but I had the opportunity to meet and build a relationship with Ohio State students that I did not know before," reflects junior finance major Erin Langermeier about her experience on the European Model of Sport education abroad program.

In order to study how the sports industry differs in Europe from the North American systems, students visited multiple facilities, including the soccer and basketball stadiums at Bayern Munich, the Olympic Park in Munich, the 02 Arena in Prague and all the Olympic facilities in Berlin.

Captain of the Ohio State Women's Ice Hockey team, Erin credits the education abroad program with helping her gain a new perspective. "The European Model of Sport trip gave me a new perspective on how youth athletes are developed to professional players. I found a lot of differences between sport in the United States and in Europe, but also how these different models can benefit one another."