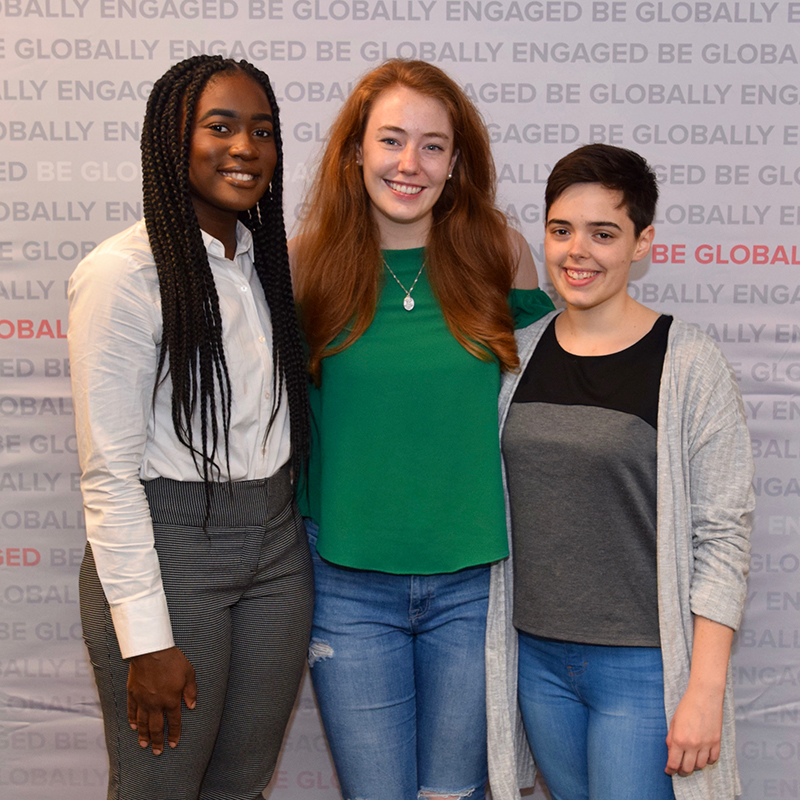 The U.S. Department of State’s Benjamin A. Gilman International Scholarship is a grant program that enables students of limited financial means to study or intern abroad, thereby gaining skills critical to our national security and economic competitiveness. The Gilman Scholarship Program is open to U.S. citizen undergraduate students who are receiving Federal Pell Grant funding at a two-year or four-year college or university to participate in study and intern abroad programs worldwide.

The Gilman Scholarship Program broadens the student population that studies and interns abroad by supporting undergraduates who might not otherwise participate due to financial constraints. The program aims to encourage students to study and intern in a diverse array of countries and world regions. The program also encourages students to study languages, especially critical need languages (those deemed important to national security). Veterans of military service are encouraged to apply, and preference is given to veterans when other factors are equivalent. By supporting undergraduate students who have high financial need, the program has been successful in supporting students who have been historically underrepresented in education abroad, including but not limited to first-generation college students, students in STEM fields, ethnic minority students, students with disabilities, students attending HBCUs or other minority-serving institutions, students attending community colleges, and students coming from U.S. states with less study abroad participation.

To be eligible for a Gilman Scholarship, an applicant must:

The October deadline application will typically open in mid-August for applicants whose programs start between December of the current year and October of the following year. This cycle encompasses upcoming spring, summer, autumn and academic year programs. Applicants should note the application deadline typically falls during the first week of October and applicants are notified of their status via email in December.

The March deadline application will typically open in mid-January for applicants whose programs start between May of the current year and April of the following year. This cycle encompasses summer, autumn, academic year and following spring programs. Applicants should note the application deadline typically falls during the first week of March and applicants are notified of their status via email in May.

If an applicant is not selected during their application cycle, they may reapply for the next cycle as long as they continue to meet eligibility requirements